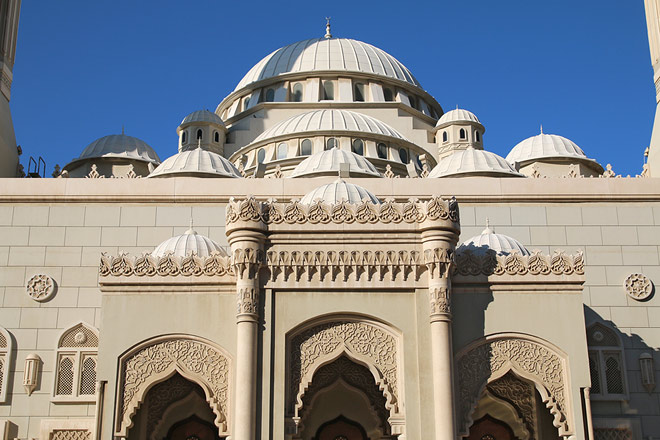 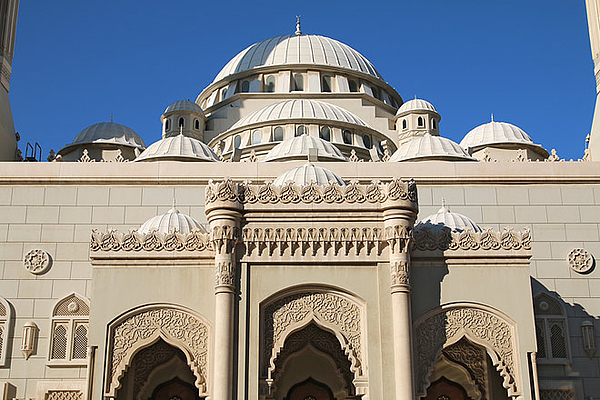 Detail above the entrance

The domes at Al Noor Mosque are constructed from concrete cladding which is called GRC (glass fibre reinforced concrete). The domes were made in segments and decorated prior to being assembled on the site. Each of these segments in its singular form is very light in weight. However the central dome of the mosque, in its completion, weighs approximately 100 tones and is supported by 4 main marble pillars. The interior of the dome reaches a height of 31.5 meters and is beautifully lit with stained glass windows.