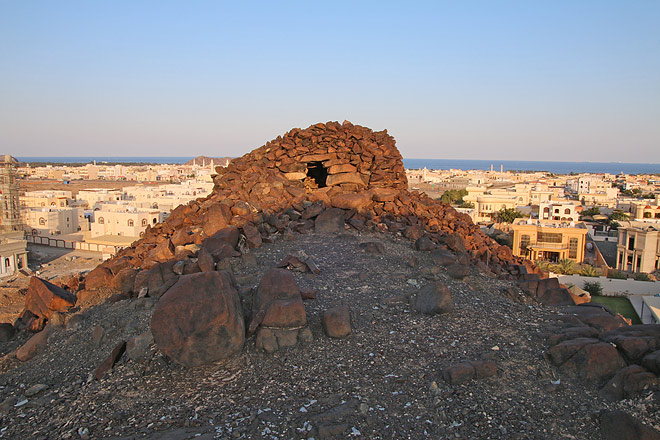 Khor Fakkan has a long history of human habitation. Excavations conducted by the Department of Antiquities of Sharjah have unearthed a large settlement occupying the slopes of three mountains adjacent to Khor Fakkan near the sea. The inhabitants seem to have buried their dead on the top of the mountain. The settlement has been dated to the beginning of the 2nd millenium BCE. Findings and documents from the excavation site are on display in the halls dedicated to Archeology of the East Coast, at Bait Sheikh Saeed Bin Hamad Al Qasimi in Kalba.

In the surroundings of the city of Khor Fakkan, there are several stone tombs, petroglyphs and other archaeological remains that are openly accesible. Hopefully they will soon be secured and protected. They are at risk of being destroyed either by construction works, or by unknowing or careless visitors.