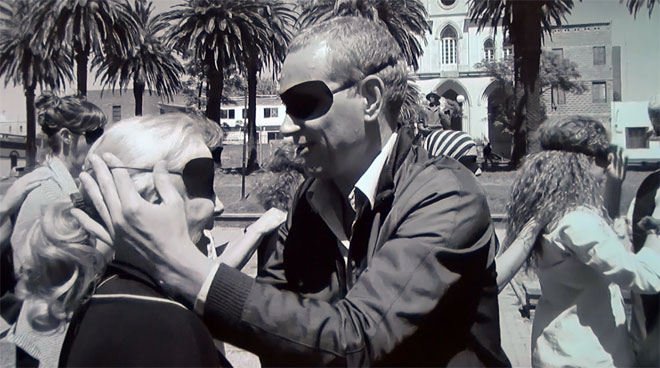 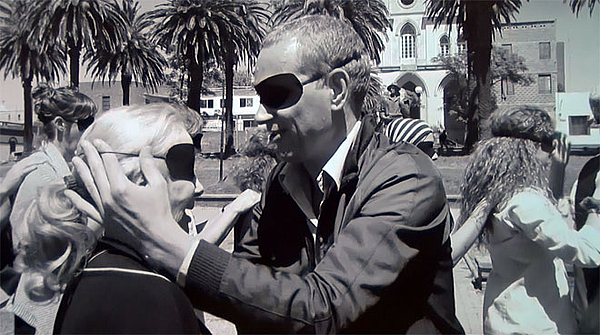 Orientación. 2012
Video, b/w, sound
8:25 min
Jankowski explores Uruguay’s Cerro de Montevideo by convening dozens of participants to climb this iconic hill that gave its name to the city, with blindfolded eyes. Using black masks, the group forms a procession and climbs to the summit, perceiving the city and orienting themselves without the aid of sight. Jankowski refers to something as crucial for Montevideo as its very name, which is popularly thought to derive from the experience of some early sailors when gazing upon the hill that overlooks the city: monte vide eu ['I saw a hill']. Orientation is a performance and video that bestows new visibility to the hill, which was the focus of European immigrants who arrived in Uruguay in successive waves between 1834 and the middle of the 20th century and has today, however, been virtually forgotten and marginalised.