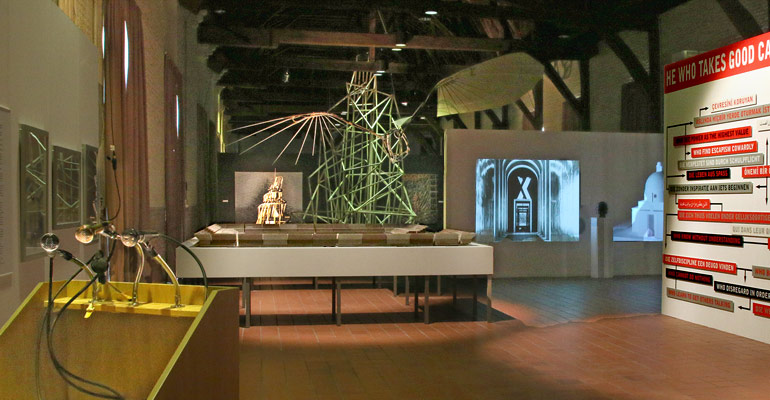 Views of the exhibition and works by almost all the participants

Politics and the production of space

The Written City exhibition looks at the spatial organization of city and state as a product of often conflicting political intentions. The exhibition analyzes the relationships between several political discourses and their design, interpretation and control of the urban and national space.

The Written City brings together contrasting perspectives of the construction, the use, the representations and the questioning or disputing of the political production of space.

The development of urban and national space often presupposes forms of physical or symbolic inclusion and exclusion. In that respect the exhibition deals with a number of spatial metaphors such as barricades, boundaries and fences or so-called "gated communities," and at the same time the destruction or penetration of these types of partition.

The exhibition is divided into three parts:

The first part deals with political speeches. Among other things, it covers the spatial metaphors used in speeches and in their interpretation by the media, at political meetings or during elections. Special attention is paid to the architecture of the address and artists' analyses of it.

The second part looks at the consequences of the political speech on the ground, i.e. the spatial embodiment in an area, the effects of the spatial layout on the social process, the production and role of symbols, etc. At the same time the exhibition presents work by artists who resist those spatial and symbolic constructions.

The third part approaches the subject from a wider historical perspective, bringing together artworks and documentary material relating to a number of noteworthy political events which are concerned with, for example, forms of occupation or the division and layout of cities and states. 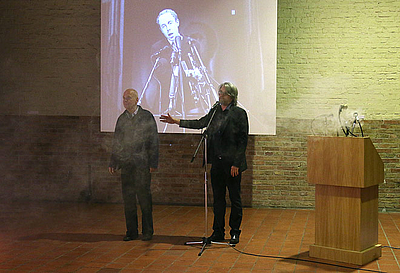 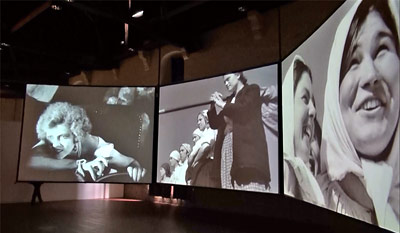 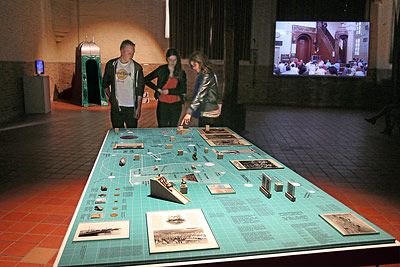 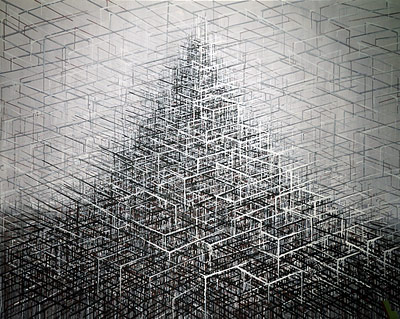 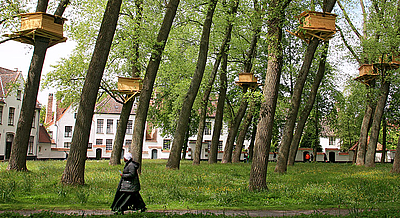