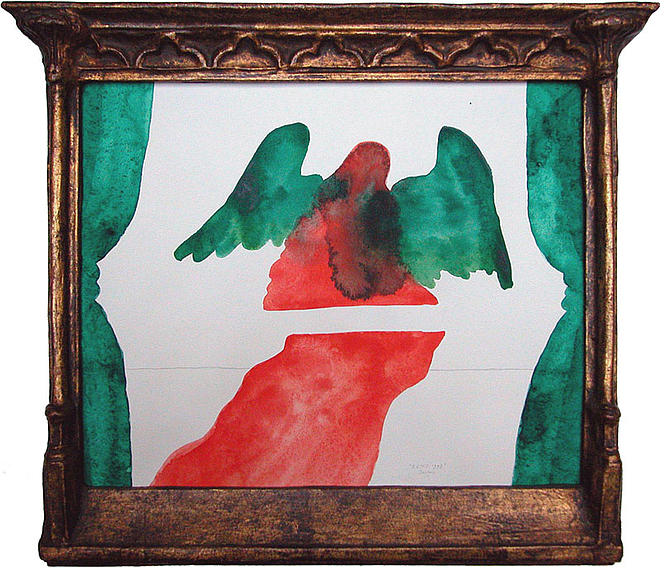 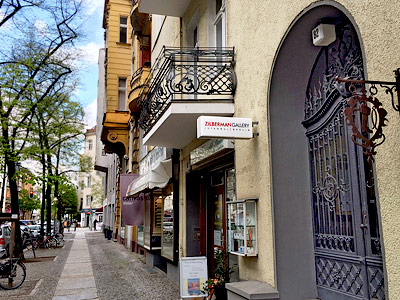 “If wars are still being waged in the name of religion, artists cannot keep quiet about it.”  -  Şükran Moral

The Red Gaze presents a constellation of objects in four chapters – paintings, drawings, poems, sculptures, videos, soundtracks, performances, discussions – on the theme of ‘the witness,’ more specifically, the ‘artist as eye-witness’ in times of duress and war.

The exhibition combines two works of classical modernity – a self-portrait of the composer Arnold Schoenberg from 1944 and a poem by Pablo Picasso written written in 1935 – with a 17th century baroque sculpture of an accidentally damaged Cristo vivo, and works of artists from Damascus, Diyarbakır, Istanbul, Lahore, Vienna, and Berlin.

Schoenberg’s self-portrait The Gaze reflects the disasters of our time, the artist acting as eye-witness to ruins of history beyond repair. The rarely performed poem by Pablo Picasso Die Ratten sie mögen schmausen wo sie wollen (The rats may sup where they want), translated by Paul Celan in his characteristic rhyme, is presented in the gallery’s rooms in the curator’s handwriting alongside seven icons of Sarkis, two new works from the Metropolitan archive series of Rebecca Raue, three objects by Memed Erdener a.k.a. Extramücadele, and a video by Turkish artist Erkan Özgen featuring a deaf-mute thirteen-year old boy from a refugee camp in Diyarbakır miming the violence he witnessed in Syria.

“I am just one protest. I am just one artist. I am nothing. My idea is free. My heart is free. My spirit is free.” – These are the words of duran adam, the ‘standing man’ of Gezi, whose stand-still on Taksim Square during Gezi protests drew thousands into a collective performance of public emulation. The Red Gaze associates the bodily gesture of the standing man of Gezi with the series Composed by Ahmet Elhan who superimposes nude self-portraits on 18th century gravures depicting Ottoman interiors. These self-portraits are presented in close vicinity to a 17th century Flemish Cristo vivo, who happens to have lost both arms and feet in an unknown accident, now assuming the vertical posture of a Giacometti figure—evoking the martyr in the original sense: the witness, more specifically, ‘the artist as witness’ in times of war and repression.

The exhibition The Red Gaze transforms the format of the private gallery into a public, museum-type art space in which the artworks are presented alongside musical performances, poetry, and theoretical discussions.

During the opening on October 8, Zilberman Gallery is pleased to host ITINERANT INTERLUDE #82 with vocal performances by Lore Lixenberg in a program curated especially for The Red Gaze. The series ITINERANT INTERLUDES is curated by Laurie Schwartz and made possible with support from the initiative neue musik berlin.