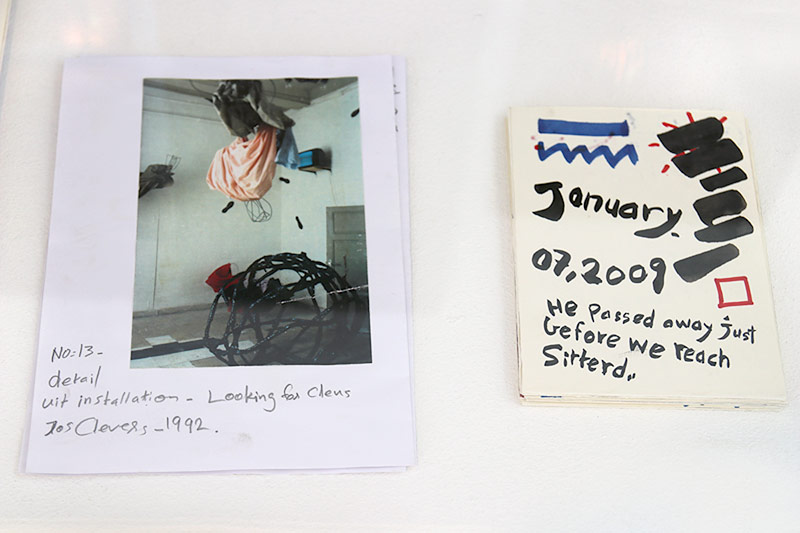 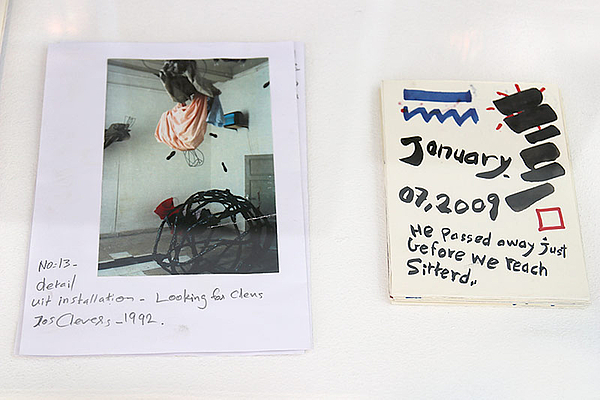 Jos Clevers (1951 - 2009) was a Dutch artist and curator. He came to the UAE in 1994 to teach art. In 1995 he organized an exhibition of 4 Emirati artists (including Hassan Sharif) at the Sittard Art Centre, Netherlands. He became a close friend and collaborator of the artist's group around Hassan Sharif.