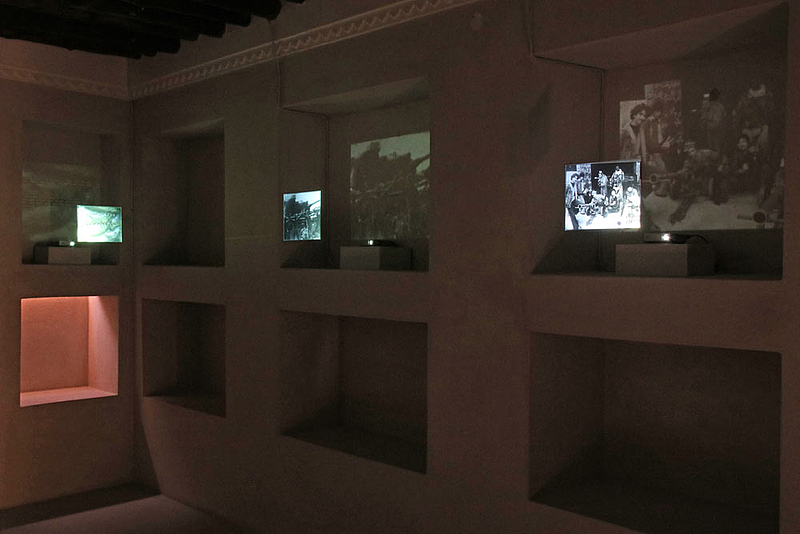 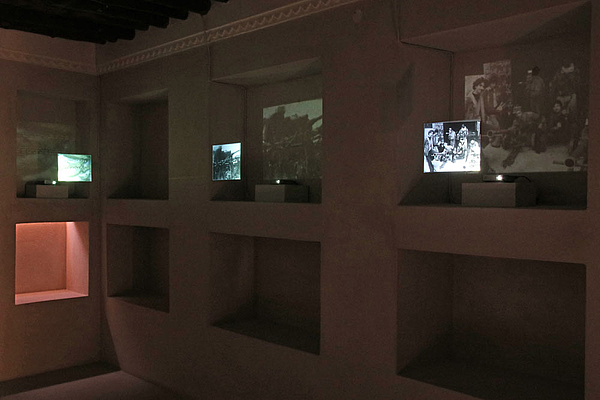 In his new commission, Once Removed (2019), Lawrence Abu Hamdan presents an audiovisual installation that acts as a portrait of the time-travelling life and work of Bassel Abi Chahine, a 31 year-old writer and historian who managed to obtain an unparalleled inventory of extremely rare objects, photographs and interviews related to the People's Liberation Army (PLA) and Progressive Socialist Party (PSP) militias, led by Walid Jumblatt during the Lebanese Civil War. As Abi Chahine amassed this archive, he taught himself how to identify all manner of military equipment—including every pattern of camouflage and the origin of every AK-47, whether Bulgarian, Polish, Soviet or Chinese— in each of the images. His obsessive analysis and unprecedented research were initially undertaken to find materials that could reconstitute what he describes as 'flashbacks' and unexplainable memories from a previous life. He came to realise that his lucid and personal memories of the war, with which he had lived his whole life, were due to the fact that he was the reincarnation of a soldier named Yousef Fouad Al Jawhary, who had died in the town of Aley, Lebanon on 26 February 1984 at the age of 16. Since the end of the war, details pertaining to sectarian conflicts in Lebanon have been suppressed in the interest of national security so as not to incite further tensions between the formerly warring parties. Therefore, for Abi Chahine's generation, very little is known (or can be verified) about what happened during the war. Yet, former PLA soldiers and commanders felt at ease confiding in Abi Chahine because they believed him to be the reincarnation of one of their comrades. Abi Chahine is a man living in two times, straddling the divide between the generation who experienced the war and the ones who live in the ineffable shadow it cast.