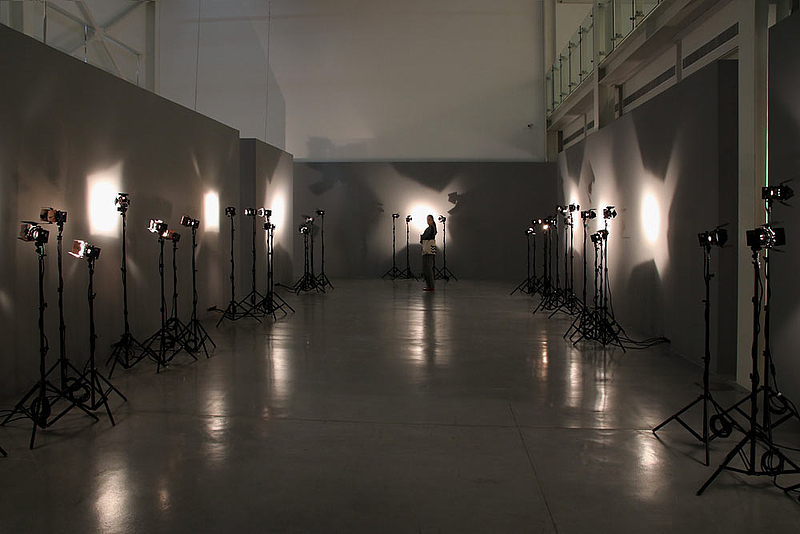 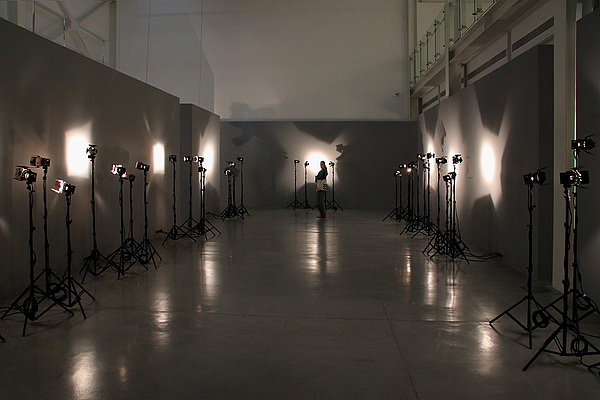 Alfredo Jaar is an architect, photographer and filmmaker whose work in a range of mediums brings attention to issues that are overlooked by the media or suppressed by state and transnational structures of power and exploitation. Approaching social and political issues of unfathomable magnitude, such as genocide and the displacement of refugees, the artist provides a human perspective and point of entry into these all-too-common phenomena, which are seldom addressed outside mainstream news media.

An SB14 commission, 33 Women (2014-2019) extends Jaar's ongoing project foregrounding the work of extraordinary women. Literally shining a light on their portraits, the artist focuses on the wide-ranging work of these leading figures, who have remained nearly invisible from public view. Although Jaar's original project, presented in 2010, included only three portraits, his aim is to continue expanding the project through subsequent institutional presentations in order to eventually depict the lives of 100 significant women. The women in the SB14 iteration include Kalpona Akter, a labour activist fighting for safer work spaces who speaks from experience as a child sweatshop labourer, as well as Razan Zaitouneh, a human rights lawyer and journalist who now specialises in defending victims of atrocities committed by the Syrian government. Despite their outstanding civic contributions and service as exemplary leaders in their respective fields, including human rights, sexual violence, censorship, ethnic persecution and other causes, many of these women remain under-recognised or disregarded by the general public. Jaar's project pays homage to their efforts.