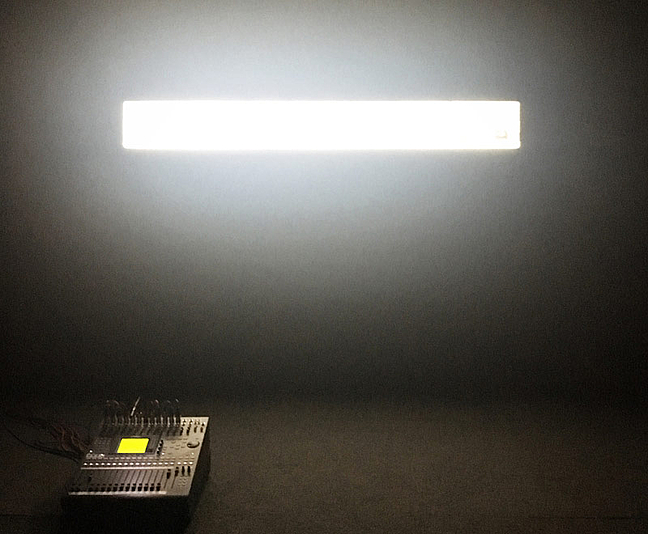 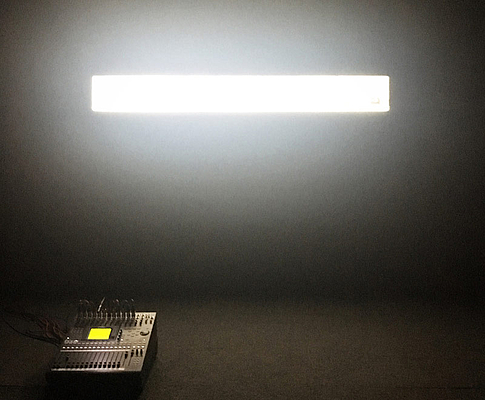 Venue: Sharjah Centre for the Art of Arabic Calligraphy and Ornamentation, Calligraphy Square

In Lawrence Abu Hamdan’s practice, his pursuit of truth is rooted in a rigorous and obsessive exploration of sound. Interested in the intersection of politics and sound since his time in DIY and experimental music, his recent works have extended this concern through forensic investigations of the sonic environment and are manifested in different mediums, such as lecture performances, audiovisual installations, photography, graphic works and text.

Saydnaya (the missing 19db) (2017) is one part of a larger acoustic investigation into the inaccessible prison of Saydnaya, located 25 kilometres north of Damascus. The detainees were blindfolded in the rare moments they left their cells, leaving the sounds heard by those who survived captivity as one of the only available resources for study and documentation of the prison’s violations. Via dedicated new techniques of earwitness interviews created by Abu Hamdan, the survivors reconstructed the architecture and events of their prison experience. Since speaking aloud in Saydnaya was punishable by death, one way to measure violence resulting from the prison’s brutally enforced silence was to concentrate on the level of whispering at which the detainees could speak and not be heard by guards. As a reflection of the increasing violence since the 2011 Syrian revolution, the whispers dropped by 19 decibels—four times quieter than those before that year.

For SB13, the artist presents an automated scenography containing a sound work and a light box, which weighs Saydnaya’s silence. He demonstrates the sound level of whispers before and after 2011—from right to left, starting with normal conversational volume, then continuing to Saydnaya before 2011 and concluding after 2011. This investigation stands as a testament to the disappearance of voices and the transformation of Saydnaya from a prison to a death camp.

This work is supported by UK/UAE 2017, a year of creative collaboration and cultural exchange organised by the British Council.