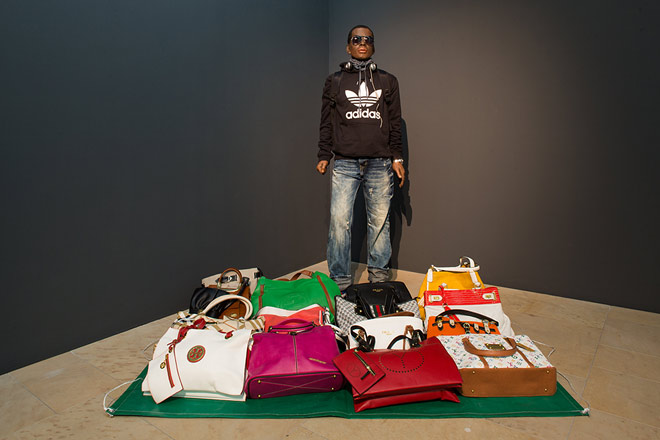 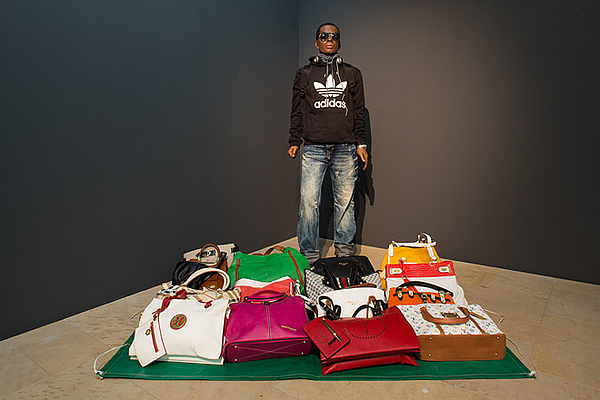 The Monument of an Illegal Street Vendor, 2013

The artist memorializes a vendor of forged designer handbags and therewith another part of society that is often treated with contempt. Playing with the beholder's anticipations the works of Halil Altındere try stereotypical ideas and question the relationship between citizen and authority. Quite subversively and ambiguously he explores the role of art and artist in this context.