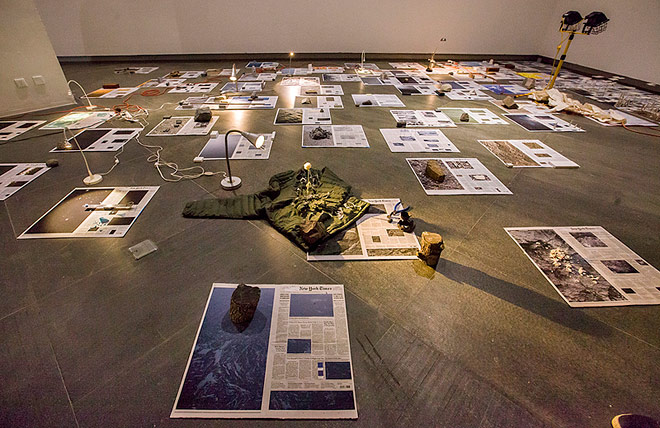 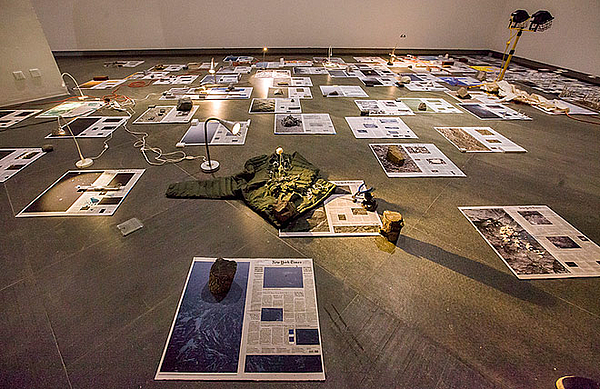 Calendar Series. 2013 - 2015
Mixed media
In collaboration with the Fabric Workshop and Museum, Philadelphia
Installation view of Victoria Miro, London 2015
The futility of human behaviour, the fragility and transience of all our actions, even if they are aimed at building complex systems, is such an insight – especially seen in the light of eternity characterizing matter. This awareness of the ephemeral is the starting point for Sarah Sze's Calendar Series. Her installation shows ninety-two front pages of the New York Times where news images have been replaced with images of the natural world: snowscapes, seascapes and rockscapes. On each one is a rock or a clay fragment of a shape, eternal, immutable, and in one case, a down jacket becoming a flower. The work pervades the public with a sense of the single event's irrelevance to the infinite, but also with the gigantic distance between the earth as a self-contained system and the rest of the universe. (Henk Slager)