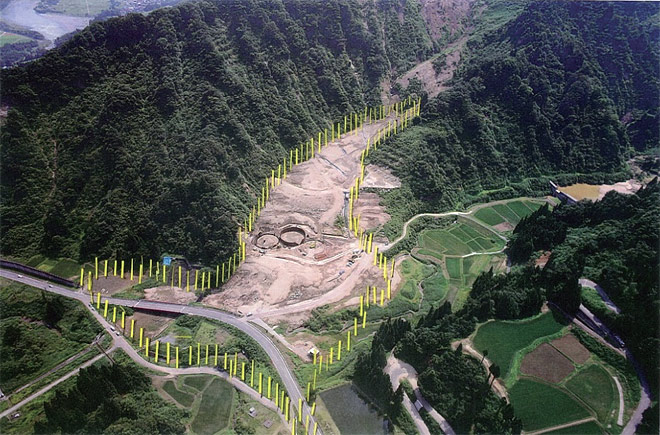 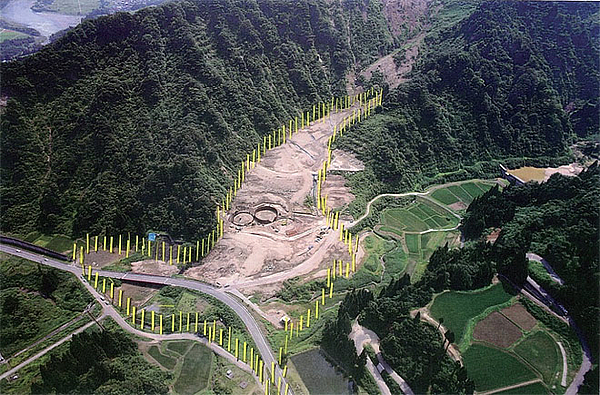 Mudslide Monument
Sand control dam in Tatsunokuchi was built where the mudslide occured because of the North of Nagano Earthquake in March 2011. Approximately 230 of three-meter tall yellow poles will trace the mark of mudslide. In addition, a staircase and observation platform will be built along the wall of dam overlooking the entire site.