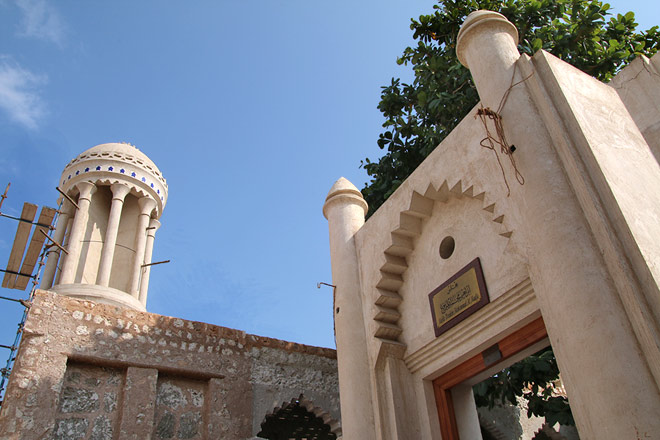 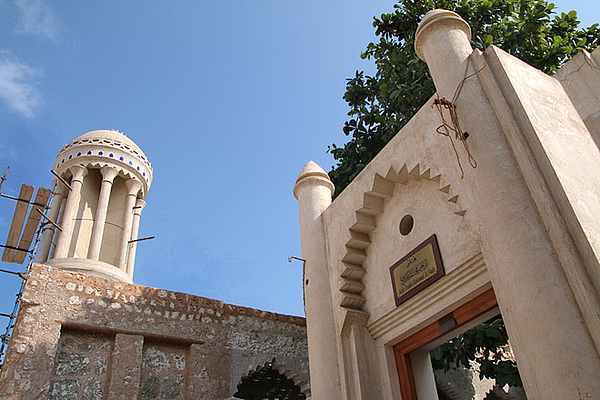 In a traditional house, the majlis were the men’s reception rooms.
Ibrahim bin Mohammed al Midfaa was a prominent intellectual who contributed to the cultural development of Sharjah and the UAE. In 1927, he published the first newspaper of the Emirates.
His majlis was a meeting place for local residents, scholars and merchants to discuss poetry, literature and politics, thus maintaining social and cultural communication among the educated people of Sharjah.
The round windtower of Majlis Al Midfaa, with decorative tiles imported from India, is the only one of its kind in the UAE.

Majlis Al Midfaa is in process of restoration as part of the preservation and development project Heart of Sharjah.

Recommended itineraries in Sharjah with information and photos of art venues and other places of interest.