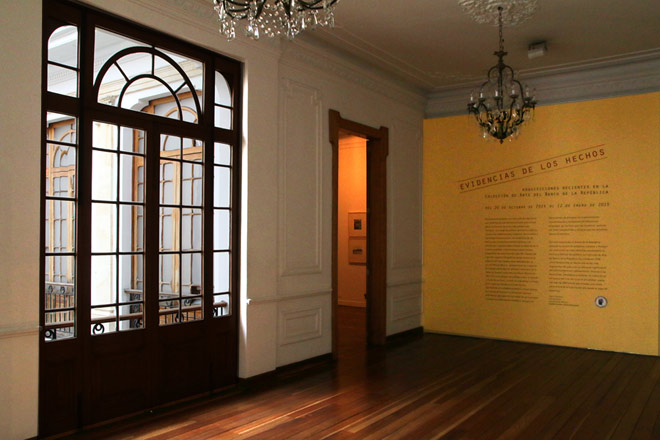 Since starting its Art Collection in 1958, the Bank of the Republic has maintained a policy of constant acquisition, which up to this date, between purchases and donations, has resulted in a collection of over five thousand pieces, positioning itself as the most important Colombian art collection in the country and one of the most relevant of Latin American art in the continent.

Evidence of Facts is a selection of the last works acquired by the Bank of the Republic between 2012 and 2014. The exhibition will tour to several of the Bank's Cultural Departments in Colombia.

© From press information of the Bank of the Republic.
© Photos: Haupt & Binder, English: Universes in Universe