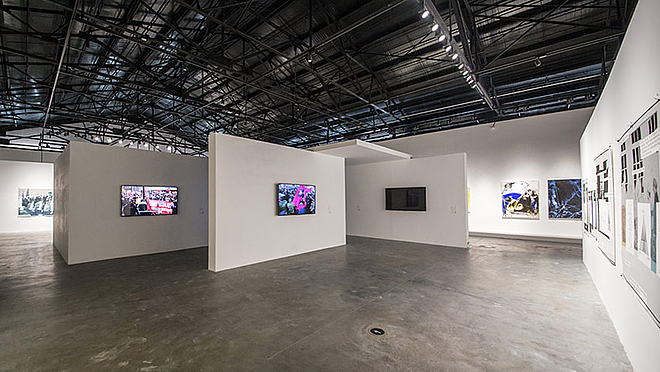 Curators: Liu Ding, Carol Lu Yinghua
Liu Ding is a Beijing-based artist and curator. He participated in international biennials such as 2015 Istanbul Biennial, 2014 Shanghai Biennial, 2012 Taipei Biennial, Chinese Pavilion 2009 at Venice Biennial, and 2005 Guangzhou Triennial.
Carol Lu Yinghua is a PhD candidate in art history at the University of Melbourne and director of Beijing Inside-Out Art Museum. She is a contributing editor of Frieze magazine and was the co-artistic director of the 2012 Gwangju Biennale.

“Crossroads” is presented as a chapter of the first Anren Biennial, responding to the theme of “Today’s Yesterday” as proposed by the biennale’s Artistic Director Lu Peng. “Crossroads” intends to reiterate an irresolvable dilemma. It is not impossible to gain emotional comfort by returning to the past, or to predict the future by detecting signs of historical circles. Neither is moving forward a horizon to count on.

The left-wing literary magazine Crossroads founded by Lu Xun and Feng Xuefeng in December 1931, and the movie Crossroads directed by realist film artist Shen Xiling in 1937, were literary and artistic practices that made attempts at offering emergency solutions to crisis against particular social backgrounds. Today, we are confronted with a reality of multiple plights that are constantly described as “states of emergencies” and “omnipresent uprising of wars” (these predicaments are made known to us by being referred to through comparisons to historical experiences, for examples, refugee camps being compared to concentration camps). The situations and challenges are not simpler, nor more complicated.

The universalization of conservatism and egoism in the current global politics, which continuously affirm and validate each other through their different manifestations in various contexts, makes it even harder for the already trapped liberalist humanistic values to make any breakthrough. “Crossroads” in the first Anren Biennale is neither about “mobilization” nor singling out a commitment to revolution as the absolutely positive outlook. Rather, it is skeptism towards escapes, solutions and the long-termed objectives. Crossroads as we would like to explore in this exhibition is a recognition of and gaze at a situation of confusion and of being in the center yet having no way out.