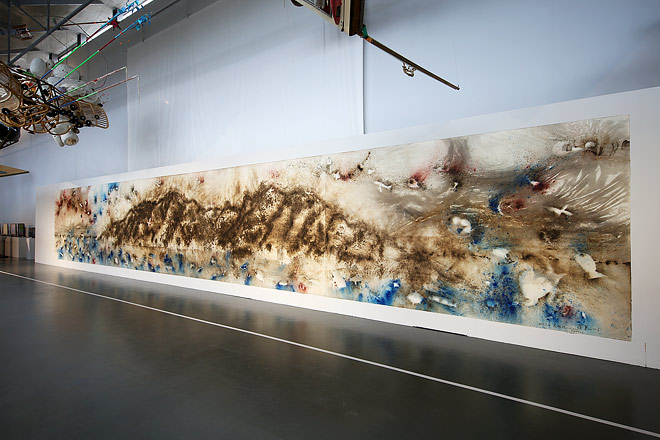 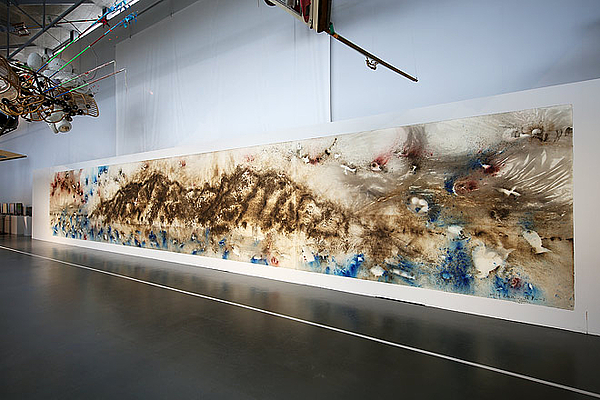 Invoking the metaphor of Penglai/Horai, the legendary island in ancient Chinese mythology where immortals were believed to reside, the installation responds to the theme of “islands”, which have been a source of tension among countries in East Asia. It draws the attention both within and beyond Japan to the 70th anniversary of the end of the Pacific War. Approximately 1000 objects made of straw, created with the help of children under the guidance of local straw masters, are laid around the island in the form of a dragon. Inside the museum is a drawing tracing the explosion of gunpowder.

Located on the east side of the Shinano river, the area has been developed through textile industry and agriculture.