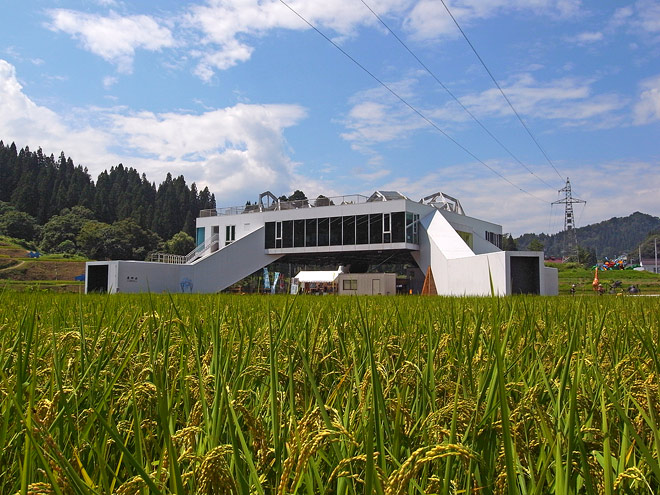 Matsudai is a hilly area that stretches along Shizumi river, one of the tributaries of Shinano river, surrounded by mountains. It was extremely isolated until transportation infrastructure was developed in 1965. Matsudai’s unique agricultural culture was developed due to the necessity of facing the challenging natural conditions, for example cutting terraced rice fields into steep slopes, and changing the river flow to expand the rice fields.

The Matduo Shrine, built in 1497, is the oldest in the prefecture. The main shrine has a wooden thatched roof structure. It is said that the shrine was built by Tamuramaro Sakagami in 807 to worship Nunakawa Hime.

Since the first edition in the year 2000, the Echigo-Tsumari Art Triennale has produced more than 380 artworks, 106 of them in Matsudai.