Since its inception in 2000, the Echigo-Tsumari Art Triennale has remained a unique cultural event attended by over 500,000 people. Recurring every three years, it brings together art, ecology, and communities in the Echigo-Tsumari region in Niigata prefecture, Japan. With the overarching theme of "humans as part of nature," both individual artists and cultural organizations from around the world transform the 300 square miles of land in north central Japan into a large-scale art installation.

For the first time in English, art fans and attendees of the Echigo-Tsumari Art Triennale can take home a piece of the event — both past and present. Art Place Japan (Princeton Architectural Press, Nov. 3, $35) has been translated from the original Japanese edition and features all new photographs highlighting the various sculptures and installations at the event. Fifty pages of new content have been added chronicling the event since its beginning fifteen years ago. For new attendees, it also features background information on how the triennale began and details about some of the most remote sites.

The 6th Echigo-Tsumari Art Triennale takes place from July 26th to September 13th. Roughly 180 artists will participate in this year's event including landscape artists, sculptors, and architects who will create artworks in approximately 200 villages across the Echigo-Tsumari Art Field.

About the Author
Fram Kitagawa is the General Director of the Echigo-Tsumari Art Triennale. He is the recipient of many awards including the Ordre des Arts et des Lettres from the French Republic, the Order of Culture from the Republic of Poland, and the 2006 Japanese Education Minister's Award for Art. 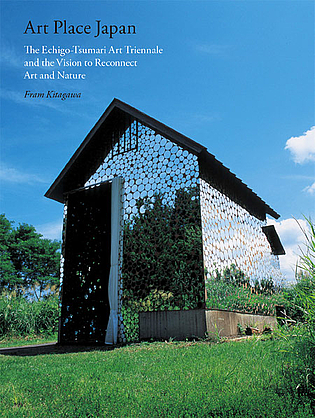