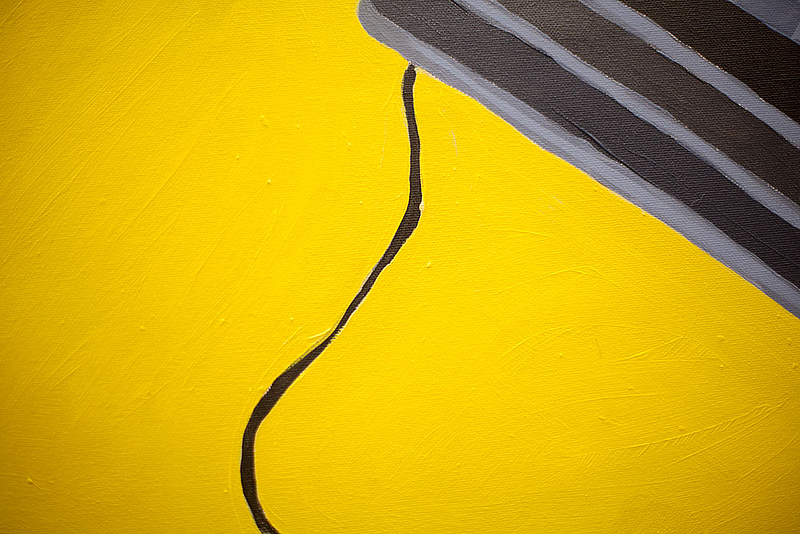 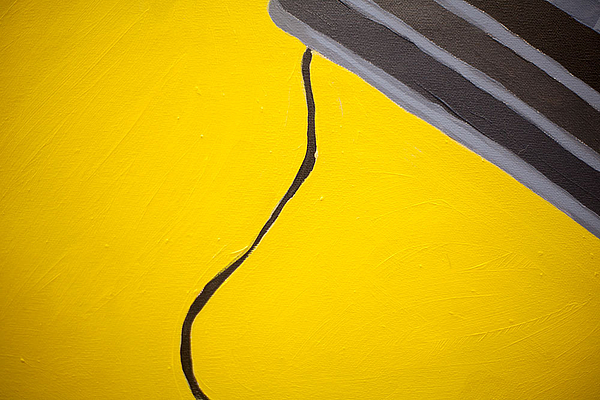 BTCOIN HUSTL€R follows an anonymous male protagonist into a world of desire and illicit transactions, experienced through his job as a gay prostitute, or street hustler. BTCOIN HUSTL€R features symbolic elements and motifs – a metallic bed, passwords, a meted graphic processing unit, (GPU), and oil paintings – from a written fiction set somewhere between Dubai and Moscow. In the narrative, a young, Arab-looking hustler discovers an online portal which allows him to get paid for his services in Bitcoin (BTC), a new, digital currency which is not backed by government and is completely anonymous. The character who is trapped within the narrative and represented in the abstract painting Hustler Lying in Bed, must grapple with a surreal paradox: the submission of his sexualized body, in exchange for an ethereal and intangible form of currency whose value is turbulent. BTCOIN HUSTL€R questions the extremities of beauty, desire and financial dependency today, which is none other than a metaphor for the human condition.

Yusef Audeh is an artist who explores technological systems, using motifs from architecture and space, cinema and fiction, vision and perception, ergonomics, and other artistic and representational enigmas. His subject matter has ranged from machines and automation, to animal-human relationships, software and language, hyperreality, and architectural modernism. He has exhibited at Townhouse Gallery, Egypt (2013), Red Bull Studios, New York (2015), CONTROL: Experiment, Sweden (2016) and Fondazione Antonio Ratti, Italy (2018). He studied on the MIT Program in Art, Culture and Technology, and lives and works in New York.