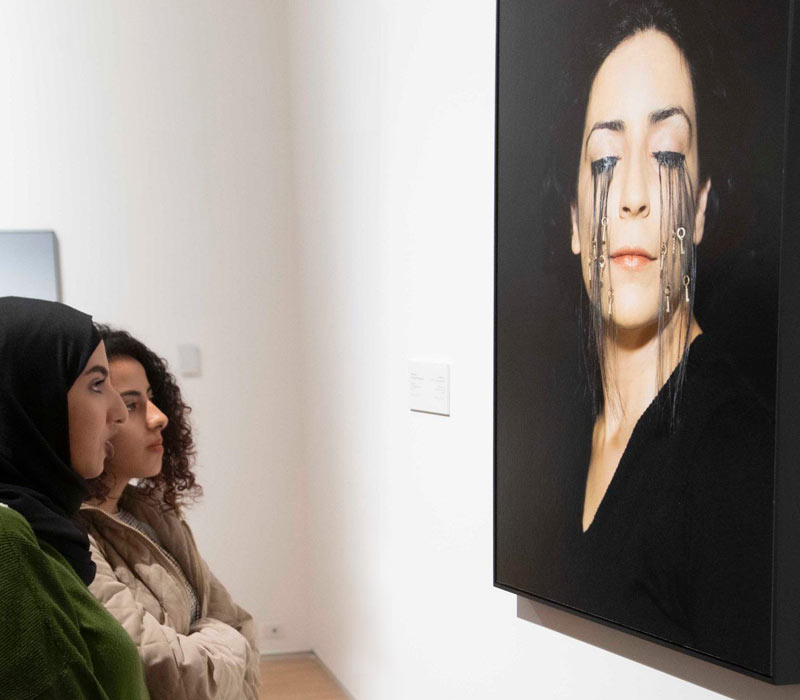 Raeda Saadeh discovered performance art early on in her career and has placed it at the heart of her artistic practices, making her identity. It was as if as the young emerging artist had found her calling, or perhaps this artistic practice— novel to the local scene (back then)—found its voice in her. Burdened by a female Palestinian body, yearning for emancipation and freedom, she is subjected to double jeopardy: the occupation and repressive social forces.

From the very beginning, Raeda has managed to walk the edges of subtly intertwined and interconnected worlds without belonging to any one of them. It is not easy to label her practice as feminist, social, political, or existential because it encompasses all of these elements.

From her first encounter with the public in her work Ikeel to her most recent works, Raeda Saadeh has not constrained herself to any particular theme, no matter how sacred or controversial. Instead, she immerses herself in the production process to the utmost level of engagement and identification. This dedication has allowed her to produce an extensive body of work that withstands non-contextual interpretations. Its glow does not diminish on its journey, nor does the passage of time wilt its ember. Speaking to its audiences without lengthy explanations, her work does not require untangling; its significance is easily identified and encompasses multiple layers of meaning as Raeda eloquently expresses her message. Her artistic tools —her body, knowledge, and creative anxiety— are the fundamental components through which she creates meaning and form. Words require no place in her artistic expression, neither in the main body of her work nor on its peripheries. 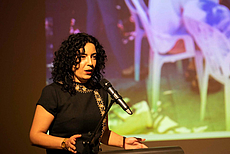 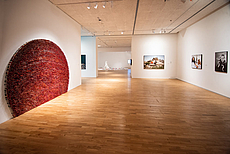 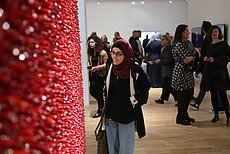 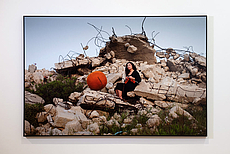 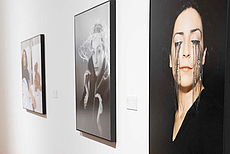 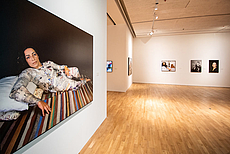 Who Will Make Me Real 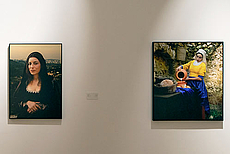 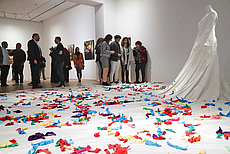 Raeda’s work speaks for itself. Be it a performance, the documentation of a performance, or photographic work, her art possesses all the required elements, without need for external support. When she builds on works from other —usually well-known— artists or develops popular tales, she completely possesses them, no matter whether she recreates Da Vinci’s Mona Lisa or reinterprets the myth of Sisyphus. Raeda's work speaks to those who do —or do not— know Da Vinci’s work; she touches viewers who have never heard of Sisyphus’ stone, even of Little Red Riding Hood or Cinderella, because she gives these characters and their stories new and multilayered connotations. Raeda reinterprets in her own style, acts with her own, overwhelming presence.

Uniqueness of language and aesthetics are among the main characteristics of Raeda’s output. Most importantly, she commands mastery over her work's entry points of meaning, especially those created by others. In this way, she imposes authority and establishes her spatial and narrative presence. Boldly, she defines and repossesses her body, transforming it from a space that is fragile, chased and targeted in its socio-political reality, to the prominent medium that, through her art, serves as a tool of expression, change, rejection, and resistance.

In a spontaneity that appears simple but is calculated with the skill of an expert, Raeda Saadeh makes the private go public, lets the local to turn global, and renders the ordinary exceptional —and manages to achieve the exact opposite with the same skill and integrity.

Artist Assistant: Hanna Qubty
Coordination: Shadi Baker
Technical support: Diaa Jubeh
And many others who contributed to the production