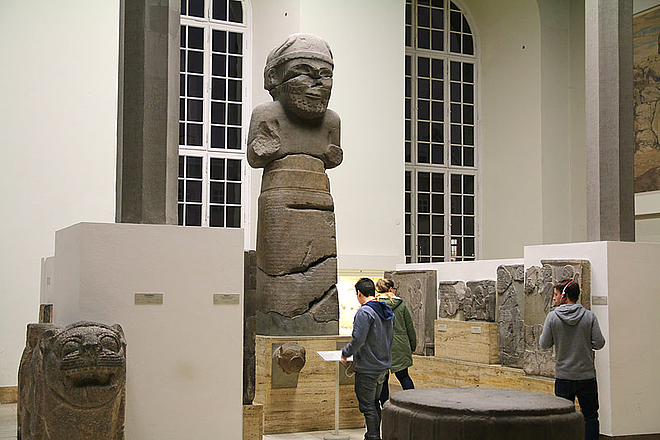 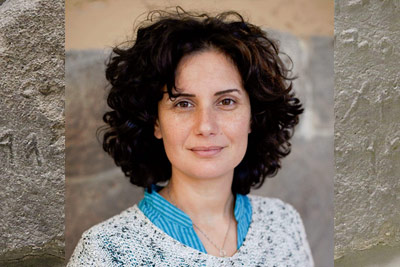 This is a statue of the ancient Mesopotamian god Hadad, god of the weather, rain and thunder. The most important temple dedicated to Hadad had been in Damascus, during the Aramaean period. The building later became a Roman temple dedicated to Jupiter, then a Christian cathedral and finally is known today as the Umayyad Mosque. To me, this evolution indicates how religions belong to one another and are influenced by ancient mythologies. But what I also like about Hadad is that he is a generous and kind god.

In the village where I grew up, close to Ugarit, we call Hadad "Baal". It is said that Baal lives on the Jebel Aqra, a mountain on the border of Syria and Turkey. He stands on the top to gather the rain and sends it to the farmers in the region. In Syria’s countryside, farmers call "Hadad" or "Baal" their most prosperous lands. The grounds that they do not need to water and that naturally provides them with good crops. In the south of Syria, "Hadad" also became an expression used to wish someone well. It is particularly used by the elderly; if they see someone get hurt or experiencing difficulty, they will say, "Hadad".

Most people who use this word in a colloquial manner are not even aware that it refers to ancient mythology; it has simply become a commonly used noun. This is why I enjoy showing this statue to visitors from Syria and the surrounding countries. It reveals them the real sense of a word of their everyday lives and it always makes them smile.

Kefah Ali Deeb
1982 born in Latakia, Syria. She is an artist and writer who was published in German magazines, such as Zeit online, 51° and the newspaper TAZ. Besides being a tour guide at the Museum of the Ancient Near East, for Multaka, Kefah is working as an online editor for Handbook Germany.