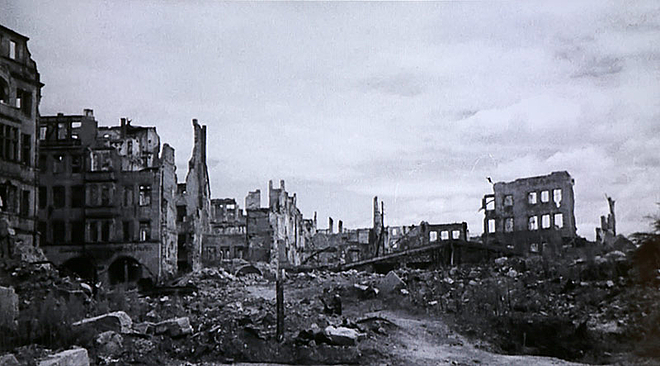 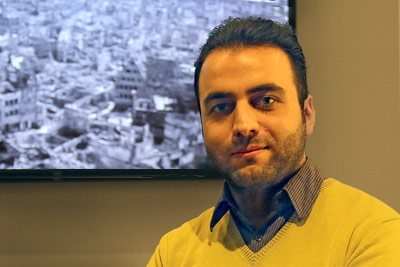 War-damaged German cities
Footage of the destructions in Nuremberg and Dresden in World War II, filmed in 1945/46. German Historical Museum

For my guided tours in the framework of Multaka, I chose the Deutsches Historisches Museum (German historical museum) so that I can tell newly arrived people something about German history. The more they know about it, the better for their integration into the society here.

Especially important for me personally and for my tours is the film footage of the destruction in Dresden and Nuremberg, shot in 1945 at the end of World War Two. I usually show it at the end of my circuit through the various epochs.

When the visitors realize the difference between Germany then and how it looks today, they have hopes that their own country could be rebuilt some day. That encourages many of them, and many come to the museum tours again to learn more.

I myself am especially enthusiastic about the enormous achievement and strength of will of the women who rebuilt after 1945. I convey that to my visitors. In the section on the Industrial Revolution at the beginning of the 20th century, I have already spoken about the growing role of women in the society and how they gradually successfully struggled for their rights. This is very important to me, in order to underscore the equality of women and men, which everyone who wants to live in Germany must understand and acknowledge.

Bashar Almahfoud
Comes from Syria. A graduate engineer architect with a Masters in Mechanical Engineering Energy Management. Came to Germany with a regular visa in September 2014. Works as an engineer with a company. Has been with Multaka since the end of 2015, i.e., from its beginning.

War-damaged German cities
Footage of the destructions in Nuremberg and Dresden in World War II, filmed in 1945/46. German Historical Museum