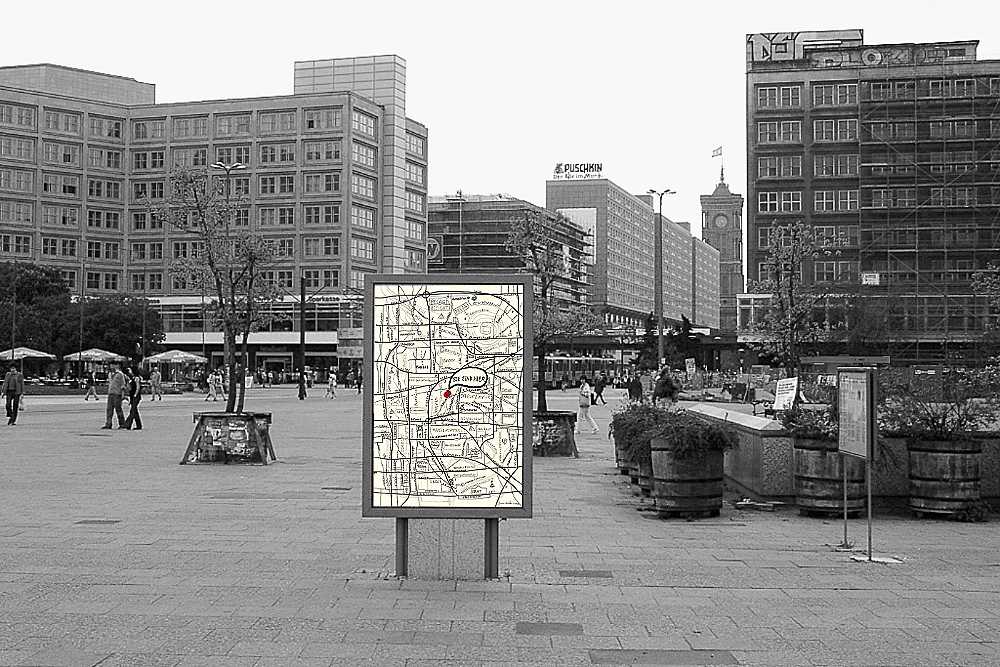 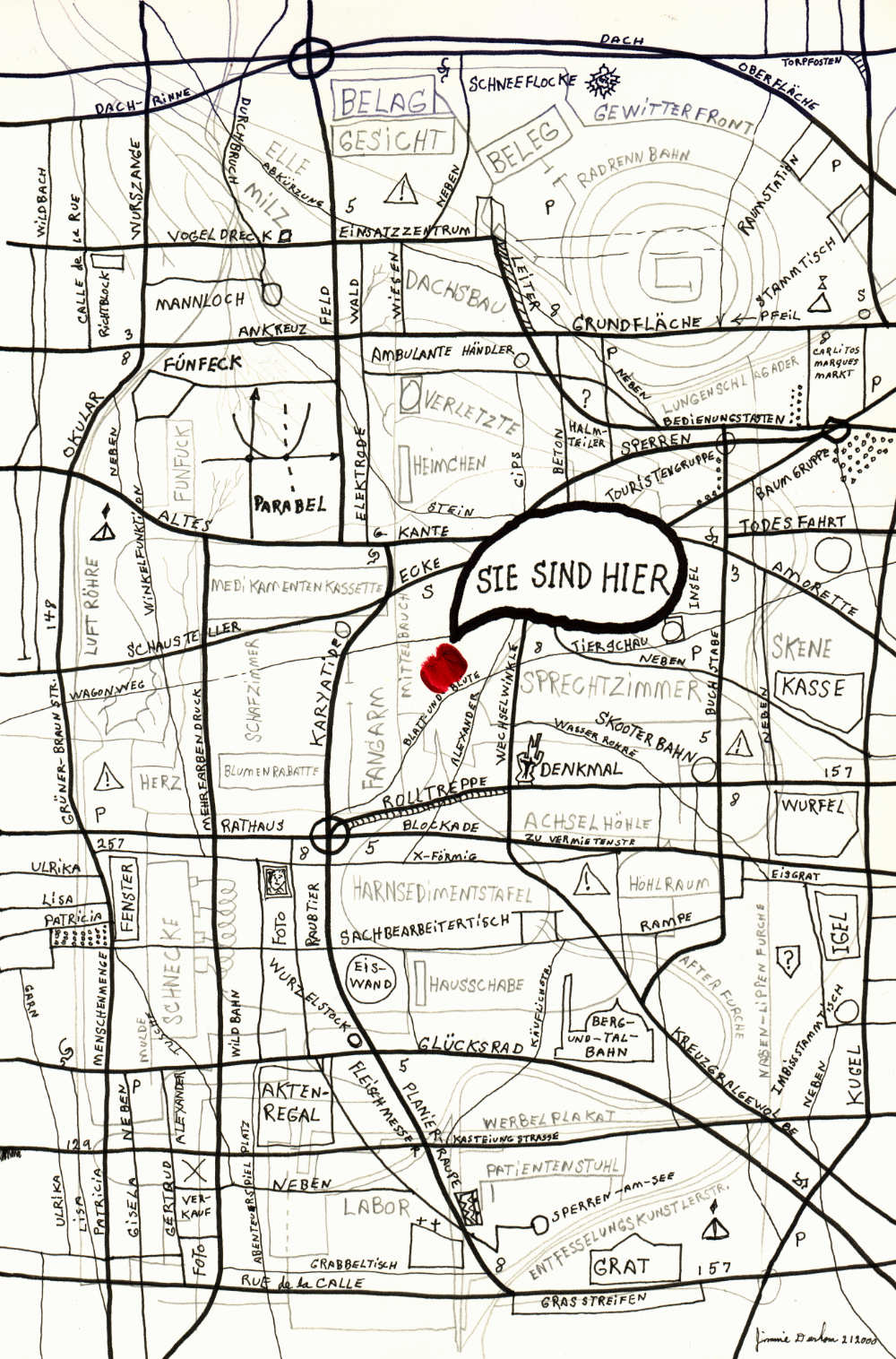 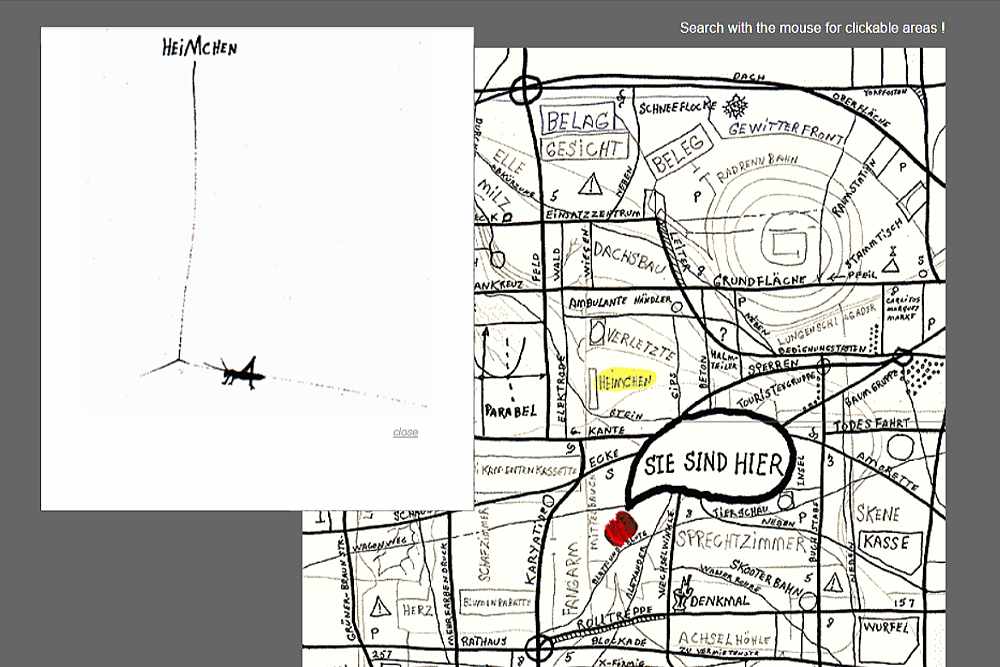 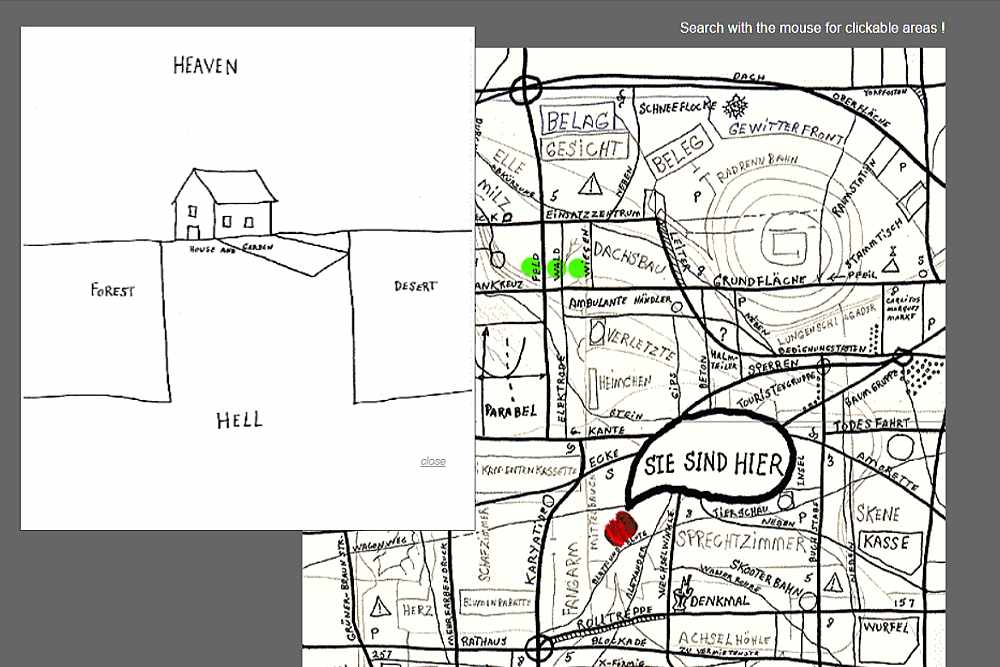 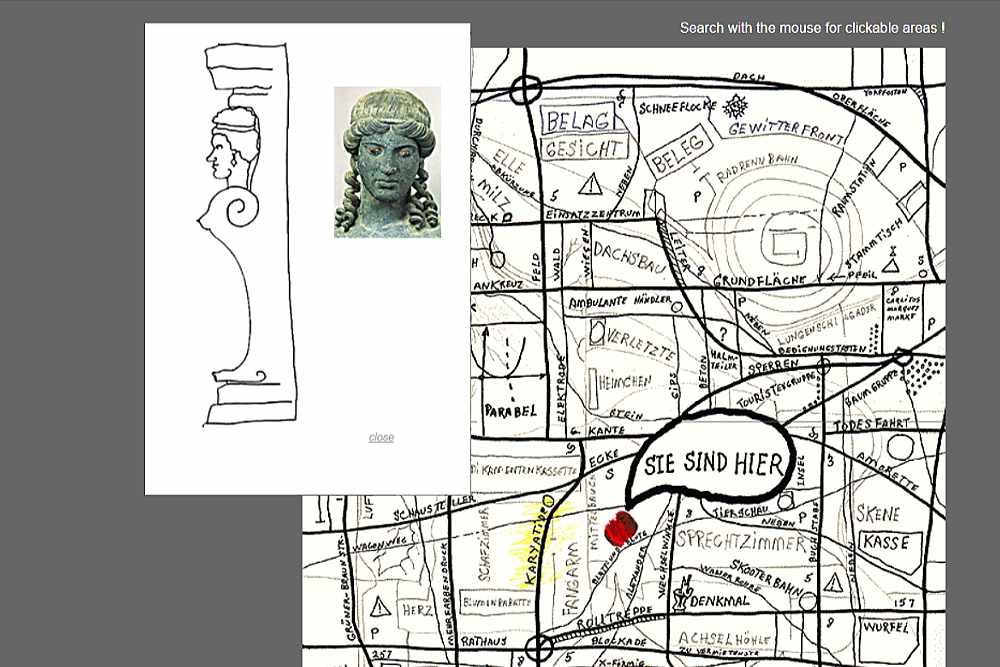 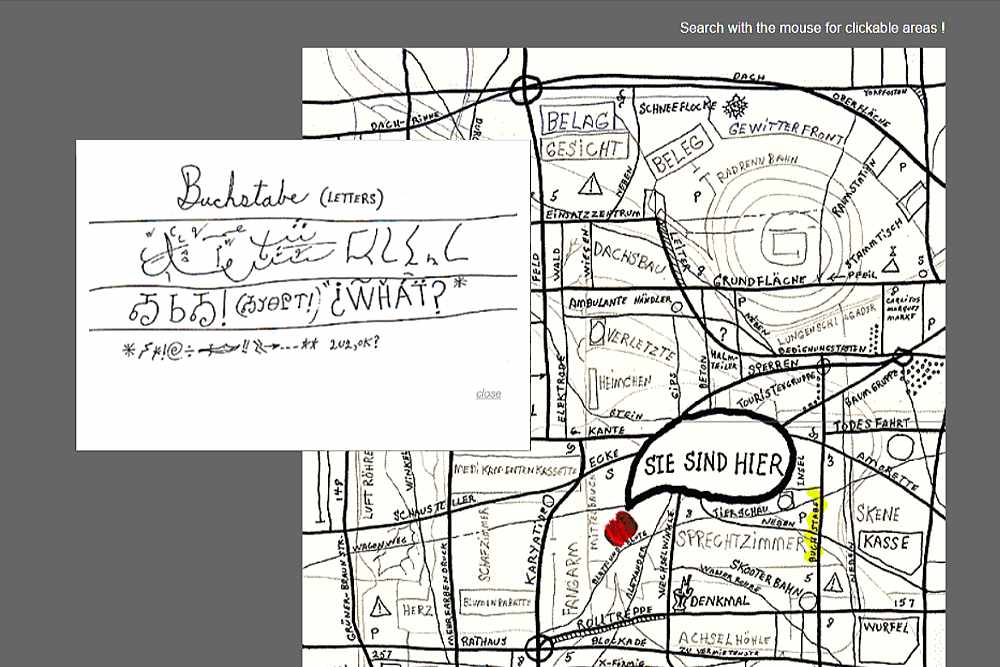 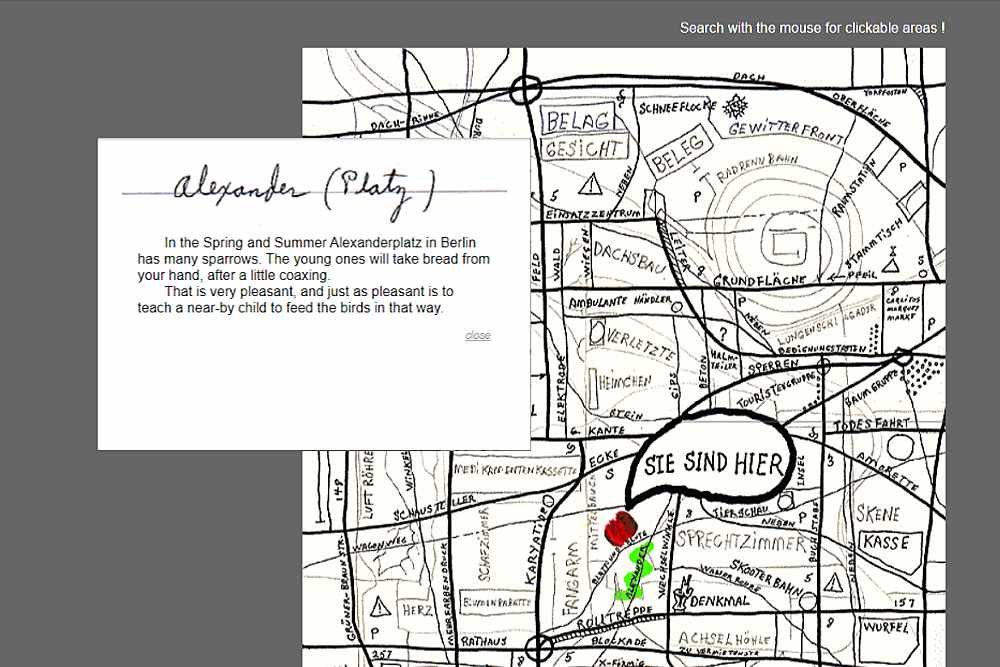 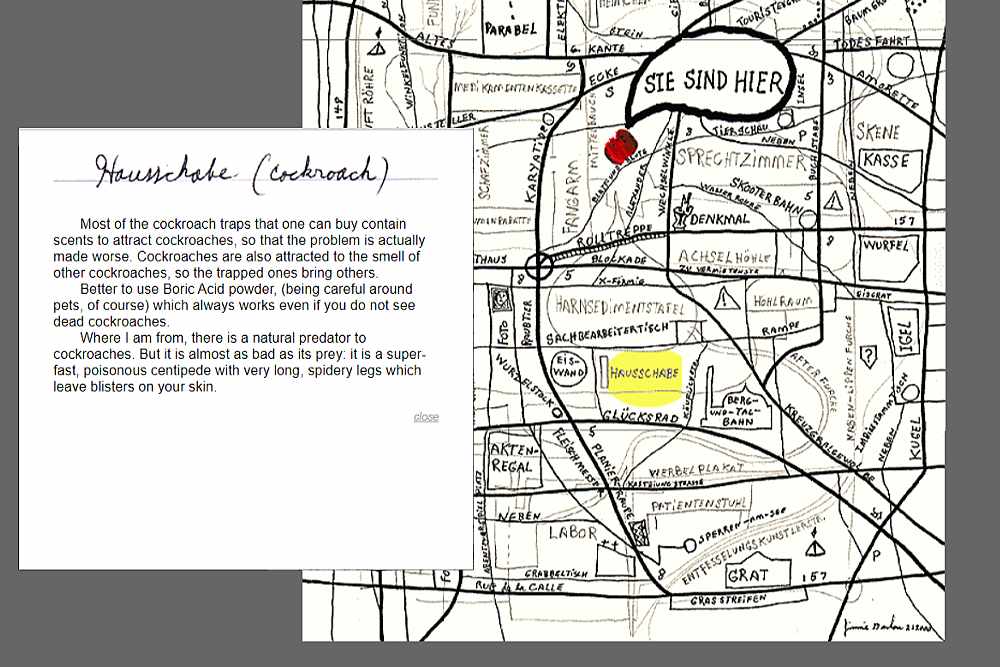 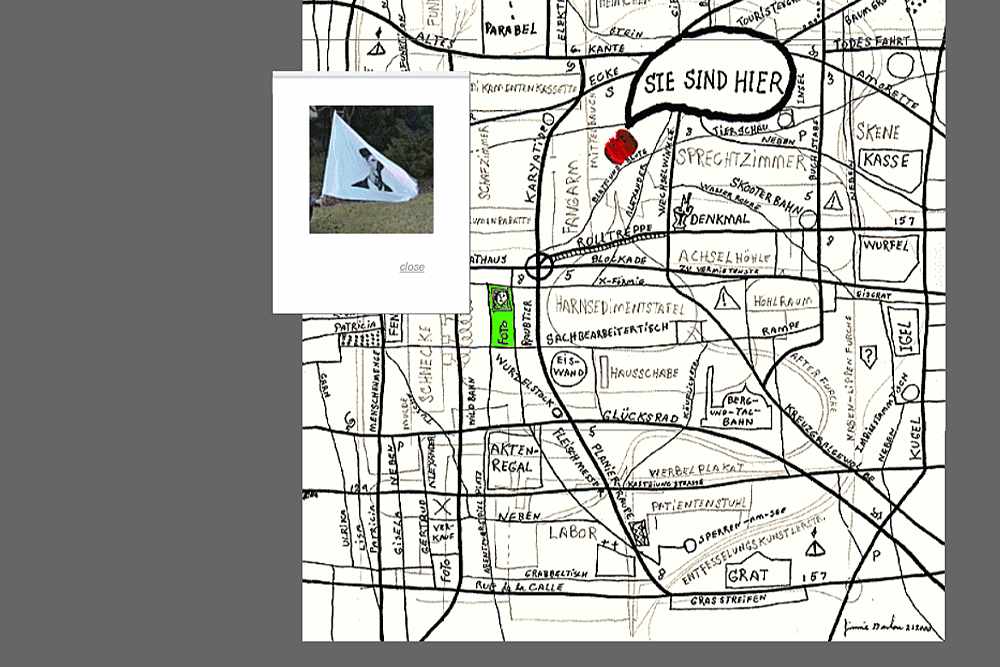 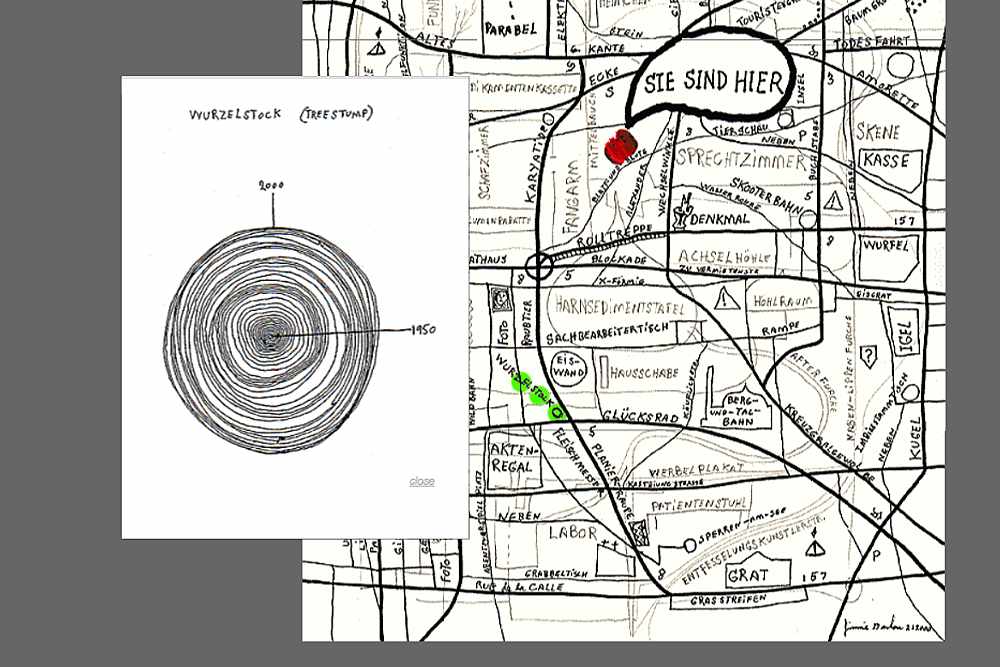 Whenever someone talks to me, what they say always reminds me of some story from my past, which I then proceed to tell. I bet people hate talking to me.

My ambition in life is to become a homeless orphan; to be in a state where I am not faithful to the past. In that case, why can I not stop the bad habit of telling stories? It is as though instead of being properly lost I am only confused... maybe just drunk or something.

Anyway, here is my advice: Believe nothing. Belief is an evil, inhuman phenomena. Humans evolved to question and to investigate; not to believe.

Now then, maps are mysterious to me; they relate to no part of the world except that of badly-folded, wind-blown paper. Trying to read a map is like trying to read someone's palm if you are not Romany.

But at least maps are excellent aides to becoming lost.

I do not (yet) speak German but I read dictionaries. They are like poetic maps wherein one can become beautifully lost in language.

And maybe my dictionary map reminds you of stories; in which case you will have found yourself. Surely, though, it is so badly drawn that you will not believe the stories.