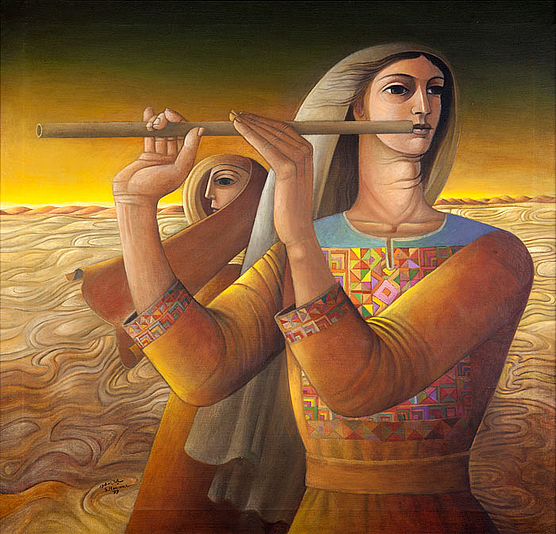 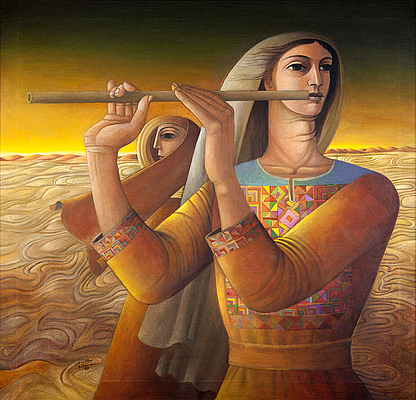 The 1977 work by Suleiman Mansour titled Sad Tunes portrays women in the traditional Palestinian embroidered dress, a common depiction of the female adorned with national symbolism which underscores the artist’s intention to capture Palestinian heritage and customs through painting, thus upholding Palestinian national identity. Born in 1947, Mansour spent his teenage years between Bethlehem and Birzeit painting portraits. He attended the Bezalel Art Academy in Jerusalem in 1967, where he became acquainted with European art theory. With a particular focus on the city of Jerusalem, orange and olive trees, and indigenous villagers, Mansour depicts the lushness and deprivation of his homeland. His figures are portrayed in ways that signal their connection to their ancestral lands.