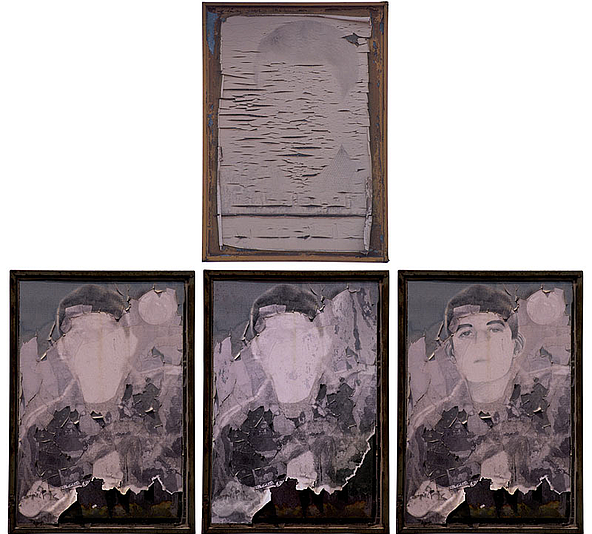 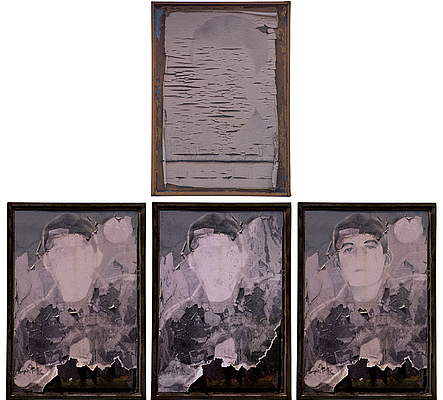 (…) It features what artists refer to as ‘non-images’ of posters with faded ‘barely there’ faces, found on the walls of the streets of Beirut to memorialize young men killed during Lebanon’s 15-year Civil War. These posters, which have been bleached by the sun and are in varying states of deterioration, are offered new life as the artists intervene in each images to revive aspects of each man’s facial features. The artists photographed those images at various stages of their gradual erasure. Then, with the help of a graphic designer and a number of illustrators, they attempted to recover certain features, or accentuate others. But can the image return? Juxtaposing artworks from different periods in the exhibition underscores the memory and continuity of political turbulence and unrest in the region.

From a text by Sarah Rogers, Salwa Mikdadi, Suheyla Takesh, and from Joana Hadjithomas and Khalil Joreige’s website.