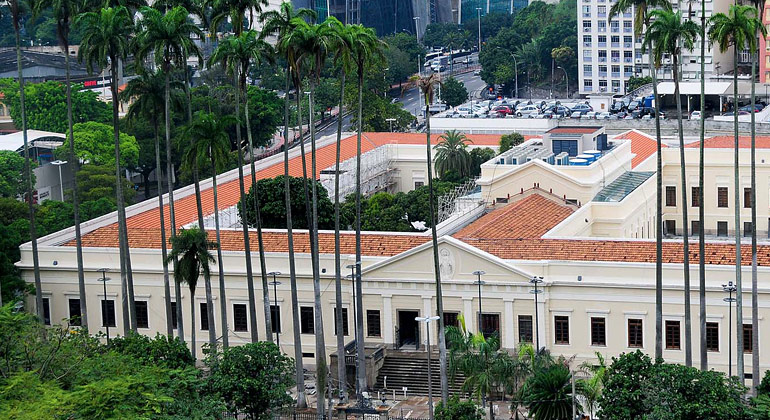 In May 2015, Ruth Schmidheiny, the owner of Daros Latinamerica, announced that Casa Daros will be closed in December 2015.

This is the UiU Special that was produced for the inauguration of Casa Daros in March 2013.

Casa Daros, housed in a neoclassical building dating back to 1866, offers a new space for art, education and communication in Rio de Janeiro, Brazil.

After a painstaking and monumental restoration and renovation project, the Casa Daros building, located in Botafogo, Rio de Janeiro, was inaugurated on March 23, 2013.

Casa Daros is an institution of Daros Latinamerica, one of the most comprehensive collections dedicated to contemporary Latin American art, headquartered in Zurich, Switzerland. Established in 2000, the Daros Latinamerica Collection contains more than 1100 works from 116 artists that were born or work in Latin America.

Casa Daros will offer exhibitions that will be accompanied by an integrated programme of art, education and communication activities, such as workshops, courses, seminars, and audiovisual events. Apart from its exhibition spaces the building includes a library, an auditorium seating one hundred people, a restaurant, a café and a shop.

Casa Daros has a surface area of more than 11 thousand square metres, a garden with imperial palm trees and features an internal courtyard transformed into a spacious square. The building was formerly owned by the Santa Casa de Misericórdia (Holy House of Mercy) and was bought by Daros Latinamerica in 2006. Restoration work for adaptation to its new use began in mid-2007. The architectural design of Casa Daros was initially developed by Paulo Mendes da Rocha and, starting from 2008, by Ernani Freire Associated Architects.

The revival of this building, which was originally designed by Francisco Joaquim Bethencourt da Silva (1831-1912), has been complex and required major effort and dedication, as it entailed the restoration of windows, doors, floors, walls and roofs, to ensure adequate conditions for ist new use and, also, to observe the principle of reversibility, an essential requirement for heritage-protected buildings.

Work on Casa Daros, which was listed in 1987 as part of the cultural heritage of the city of Rio de Janeiro, has been supported by several city agencies, especially the Sub-Secretariat of Cultural Heritage, Urban Action, Architecture and Design and the Department of Urban Planning.

The history of this neoclassical building dates back to September 1819, when the plot of land on which Casa Daros stands today was donated to the Santa Casa de Misericórdia, which retained ownership until its sale in 2006. In the 19th century, the building housed an orphanage for girls (Recolhimento de Santa Teresa) and, in the 20th century, a school (Educandário Santa Teresa), which, in its last two decades of existence, shared the premises with the Anglo- American College (Colégio Anglo-Americano).

The Artistic Director and Curator of the Daros Latinamerica Collection is Hans-Michael Herzog, the General Director of Casa Daros is Isabella Rosado Nunes, and the Art and Education Director is Eugenio Valdés Figueroa. 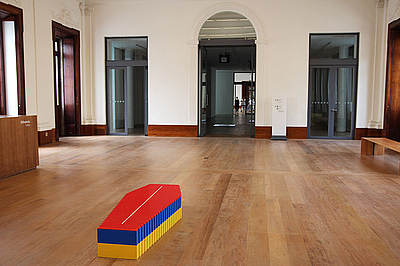 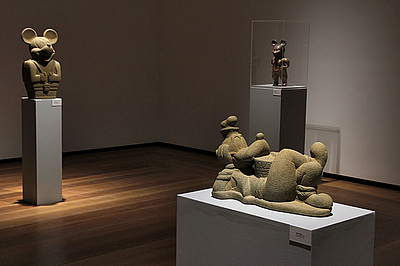 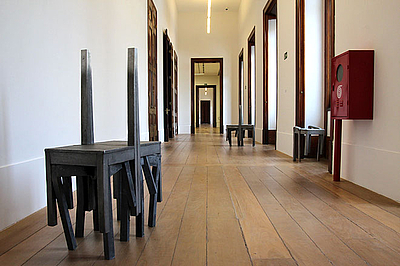 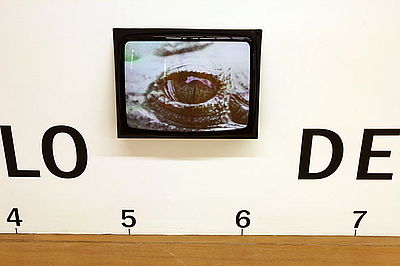 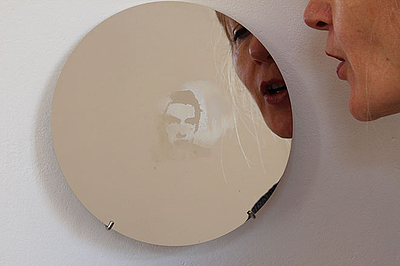