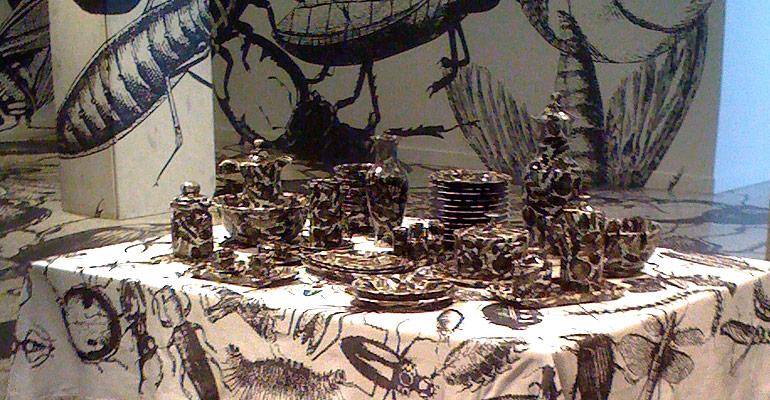 A selection of artworks from the main exhibition

Philadelphia hosts the inaugural year of Philagrafika, an international festival that celebrates the role of print as a vital force in contemporary art. As one of the largest arts events in the United States, Philagrafika 2010 showcases the work of more than 300 artists and unites 88 Philadelphia art institutions, including Philadelphia Museum of Art, Pennsylvania Academy of the Fine Arts, Moore College of Art & Design, The Print Center, and Temple Gallery, Tyler School of Art, Temple University.

The festival's organizers anticipate that the event will take place every three years, offering national, regional, and international audiences the opportunity to see contemporary art that references printmaking in dynamic, unexpected ways and to experience Philadelphia’s rich cultural life in the process.

Philagrafika 2010 is under the artistic direction of José Roca, an internationally recognized Colombian curator who co-curated the 2006 São Paulo Biennial. Roca first came to Philadelphia in 2002 after participating in the Whitney Museum’s independent studies program, serving as the Institute of Contemporary Art’s Whitney-Lauder Curatorial Fellow.

The curatorial team includes: John Caperton, Curator of Prints & Photographs at The Print Center; Sheryl Conkelton, independent curator; Shelley Langdale, Associate Curator of Prints and Drawings at the Philadelphia Museum of Art; Lorie Mertes, Director/Chief Curator of the Galleries at Moore College of Art & Design; and Julien Robson, Curator of Contemporary Art at the Pennsylvania Academy of the Fine Arts.

The inaugural Philagrafika is the result of more than five years of planning by the festival's staff and a group of committed individuals who have mobilized the entire community around these common interests, resulting in a citywide collective effort, which appropriately reflects the collaborative nature of printmaking itself. It is divided into three components:

The Graphic Unconscious
Philagrafika 2010’s core exhibition is organized by José Roca and the curatorial team, showcasing the work of 35 artists and groups from 18 countries displayed across 5 venues. The Graphic Unconscious explores the ubiquitous presence of printed matter in our visual culture, exposing the print component in sculptural, environmental, performance, pictorial and video works, and highlighting their relevance to contemporary art and society.
List of artists

Out of Print
Five of Philadelphia’s most important historic archives and collections collaborate with five artists to create a series of public programs that will occur over the course of the festival. Lisa Anne Auerbach (USA), Cannonball Press (USA), Enrique Chagoya (Mexico/ USA), Pablo Helguera (Mexico/ USA), and Duke Riley (USA), have worked not only with the collections themselves - documents, printed materials of all kinds, and objects - but also with the stories behind them, to explore new interpretations and associations.

Independent Projects
A vast selection of exhibitions, performances, and site-specific installations in which the printed image plays a central role are organized by 78 additional cultural institutions in the Greater Philadelphia area. 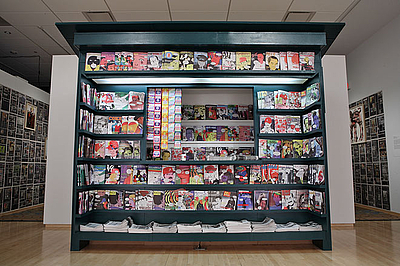 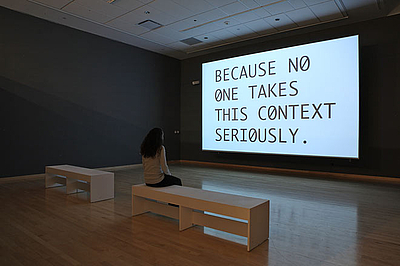 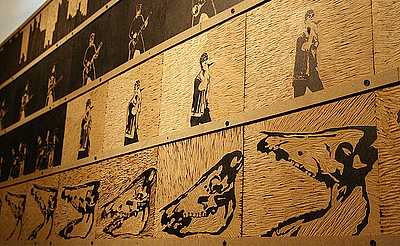