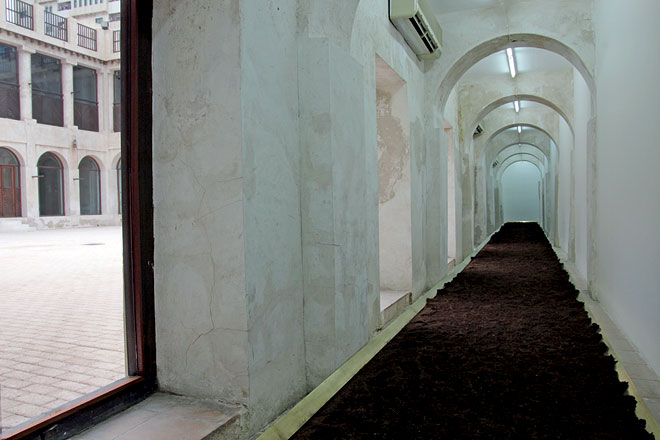 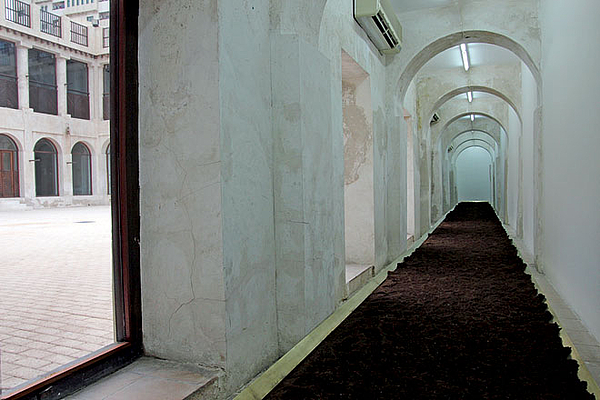 Tierra, bronce, caja metálica de base
Dimensiones variables
Cortesía de la artista; Galleria Franco Noero, Torino y Klosterfelde, Berlín
Dedicated to a French gas worker named Albert Dadas (1860–1907), who lived in Bordeaux at the end of the nineteenth century, but who travelled far from home. Dadas suffered from dromomania, or ‘wandering fugue’, which would cause him to fall into a trance-like state and desert his job and family to travel obsessively, usually on foot. He would regularly find himself destitute and imprisoned in distant cities without having understood quite how he arrived there. Dadas’s doctor diagnosed him with ‘pathological tourism’; while his destinations varied, his walking was a means of travelling away from himself and his life.