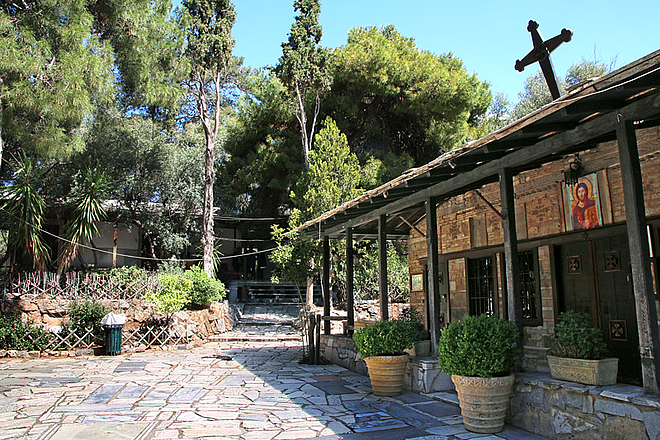 The pavilion that adjoins the Church of Agios Demetrios Loumpardiaris, located at the foot of the Hill of the Nymphs, combines techniques gleaned from the stone foundations of the Acropolis with traditional Japanese building sensibilities. During documenta 14 en Atenas, there are works by Elisabeth Wild and Vivian Suter exhibited.
(De un texto de documenta 14 y otras fuentes)