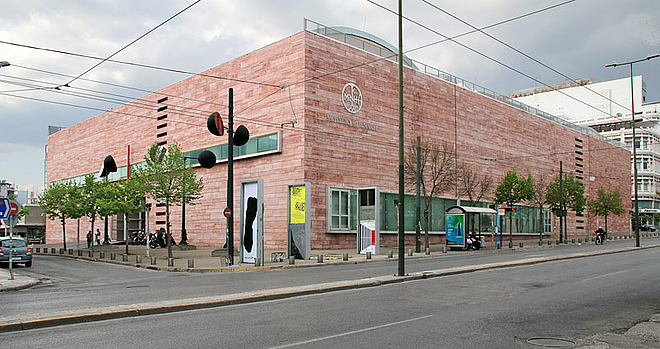 The Benaki Museum was founded in 1930 by Antonis Benakis, who was born in Alexandria and began his practice of collecting there. In the late 1920s, after he settled in Greece, Benakis donated his entire collection to the Greek state. The resulting Benaki Museum remains one of the most important museums in the country, with six branches, four archives, and an extensive library. The collection today consists of more than five hundred thousand objects, spanning the spectrum of Greek art and culture, as well as pieces from Islamic, pre-Colombian, African, and Chinese art. The museum offers a unique account of Greek civilization, interpreting its artistic and intellectual aspects by placing it in dialogue with the development of the larger world.

The Pireos Annexe, has been been used so far to present a diverse program of guest exhibitions, beyond the scope of the Benaki’s permanent collection.
(De un texto de documenta 14)