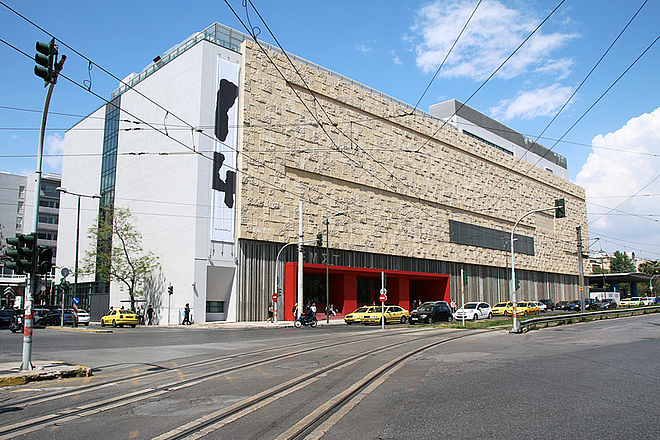 The EMST, which has collected Greek and international art from the postwar period to the present since 2000, initially presenting a program in various temporary venues, found this permanent home in 2014 in the former Fix Brewery. The building was completed in 1961 by the Greek architect Takis Zenetos (1926–1977), in collaboration with Margaritis Apostolidis (1922–2005).

In 1982 the brewery was abandoned. In 1994, it was repurposed by Attiko Metro S.A., and the building’s northern half was demolished to make room for a metro stop, which opened in 2000. After EMST signed a fifty- year lease in 2002, a competition was held to turn the factory into a museum. 3SK Stylianidis Architects won, and with the collaboration of I. Mouzakis & Associate Architects, Tim Ronalds Architects, and Kalliope Kontozoglou, the eastern façade and interior were further transformed.
(De un texto de documenta 14)