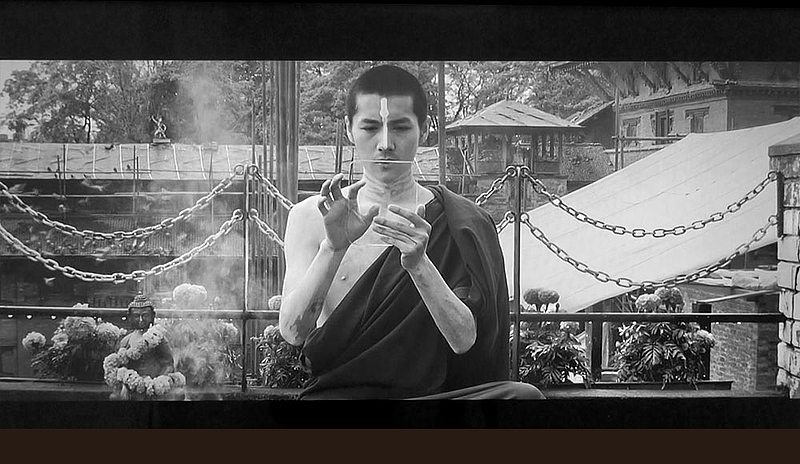 In Khyentse Norbu’s work as, an artist and filmmaker, philosophical questions of context play a central role. Known within the Buddhist world as Dzongsar Khyentse Rinpoche, Norbu is a Tibetan/Bhutanese lama, respected for his teaching and writing. In Year 2118, set in a Buddhist monastery on the 'Kathmandu Valley beachfront’, Norbu imagines what impact the passage of a century might have on Buddhist teaching practices. Year 2118 evokes a future in which, on the one hand, modern technology has been welcomed and fully integrated, and on the other, in which the monks have passed beyond language, communicating philosophical principles instead through their actions. The film offers a simple moment of revelation, as a group of objects accrue a different significance as they pass from one context to another.
(Wall text in the exhibition)