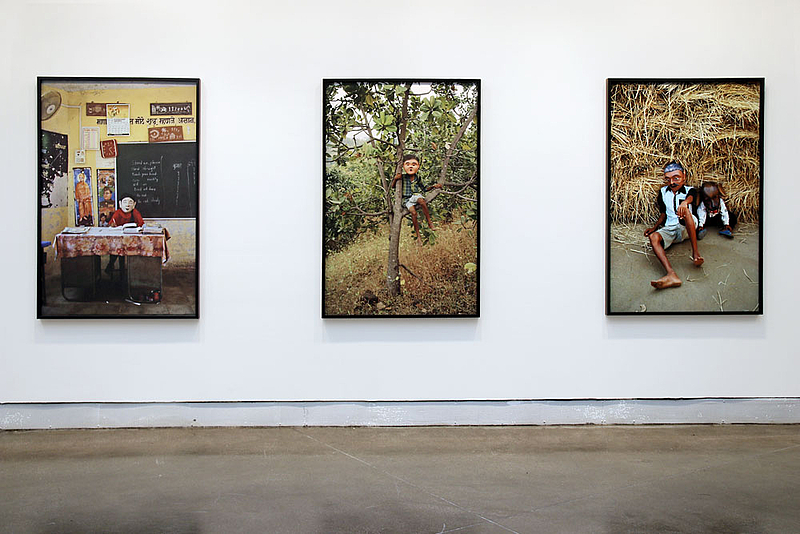 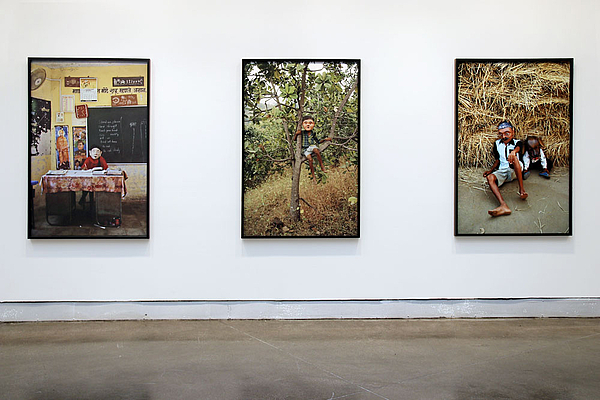 From the series Acts of Appearance. 2015-ongoing
Archival pigment print from film scan

Gauri Gill began photographing people on the margins of Indian society through encounters with remarkable people from the desert communities in Rajasthan. In 2015 she began a project, Acts of Appearance, in collaboration with Adivasi papier-mache artists from one of the most impoverished districts in south-central India. These artists make spectacular masks of Hindu gods and characters from the tribe’s mythology for the annual Bahoda festival. Gill commissioned them to make a set of masks representing “real” people for performances enacting scenes from everyday life in their village. They made masks of people of all types, embodying different rasas or emotions, along with animals and prized possessions. Gill worked with her collaborators to devise each composition: “My actors were the villagers and there were no storyboards. It was all improvised.”.
(Wall text in the exhibition)