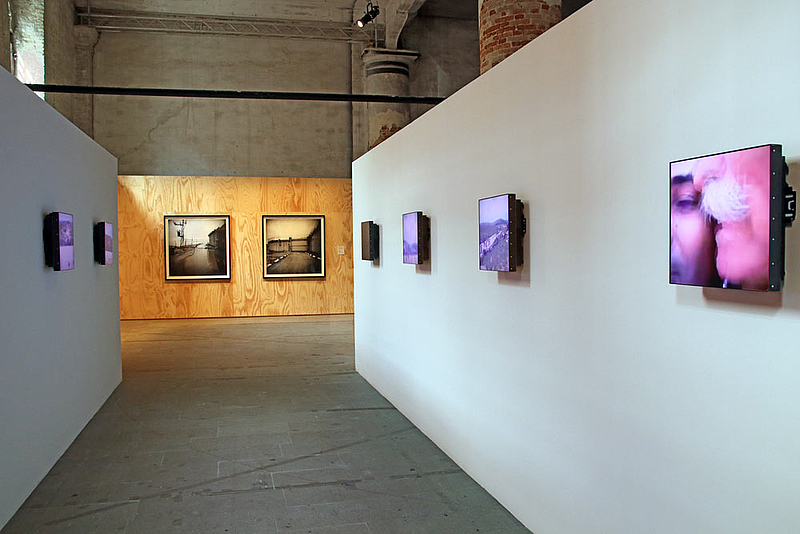 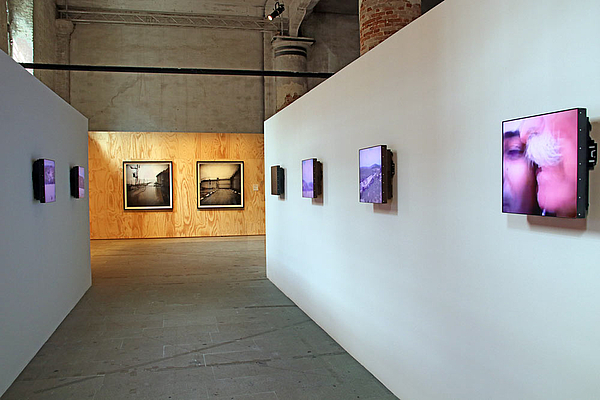 This whole time there were no land mines. 2017
8 video loops on monitors with sound

In this work Abu Hamdan uses found mobile phone footage and audio recordings that were made in 2011 in The Golan Heights. This stretch of land was annexed from Syria by Israel after the 1967 ceasefire and hosts ‘the shouting valley’ — a place where the topography facilitates an acoustic leak across the border. Here separated families have regularly gathered on both sides of the divide to shout across to each other. On 15th May 2011 the shouting valley was host to a different act of transgression. Protesters from all over the country gathered on the Syrian side of the border for the anniversary of the Nakba. Unlike the usual gatherings in this valley the voice was not the only thing to cross the border as 150 Palestinian protesters from Syria unexpectedly broke into Israeli territory. For the first time since 1967 the border was breached. Four protesters were later killed by Israeli soldiers yet the majority managed to exercise, even if briefly, their right to return..
(From the website of the artist)

Work in the Giardini