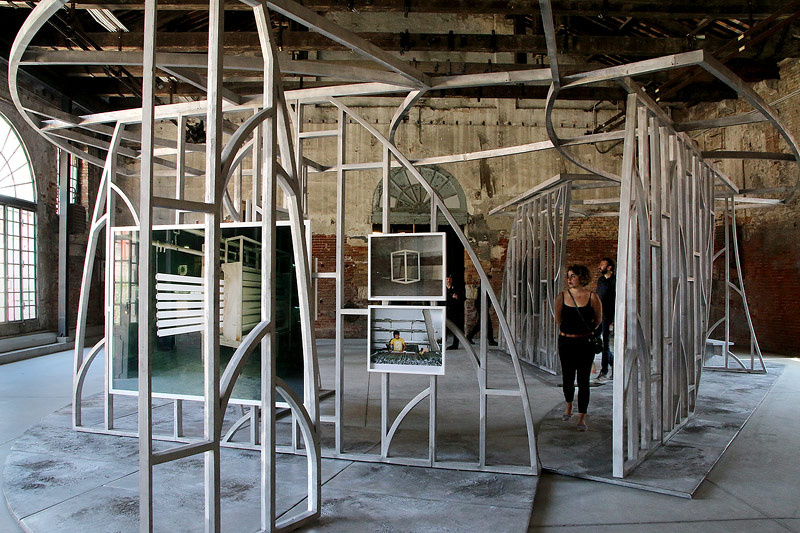 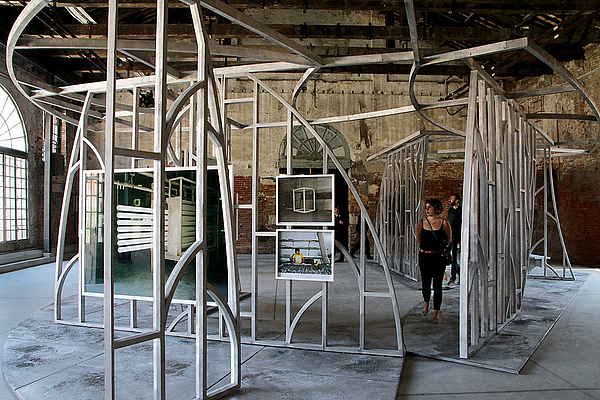 The first aluminium smelter in the Gulf region was inaugurated in 1968 in Bahrain and is today the fourth largest single-site smelter in the world. It continues a history of metal trade that finds its roots in the third millennium BC when the Islands were at the cross-roads of the regional trade route for copper and tin.
The installation, photography and film explore the complex relationship between the oil industry, the increasing presence of aluminium construction in the urban landscapes of oil cities such as Manama and the potential of the material beyond its current uses.