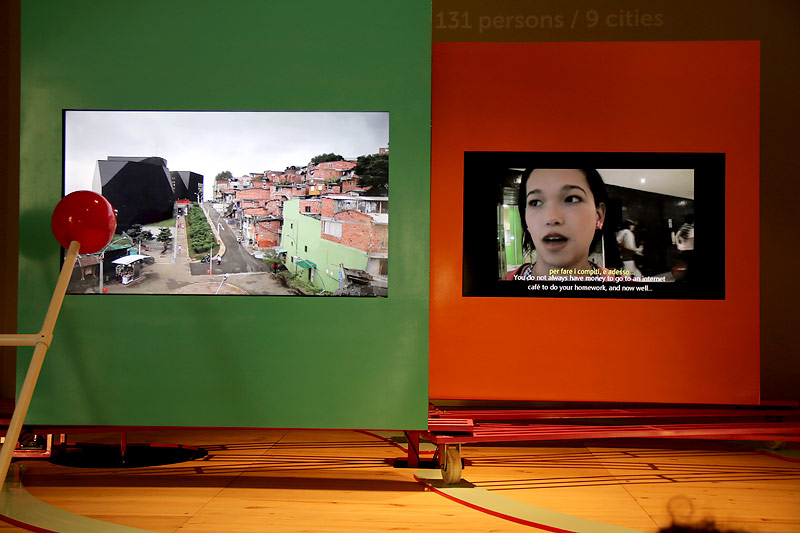 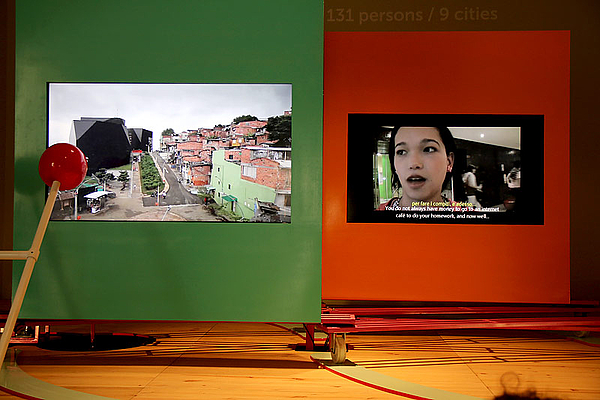 This was the framework within which the architecture of Giancarlo Mazzanti came into existence. Despite its iconic autonomy, Mazzanti's best known project, the Espafia Library, has to be seen as part of a system of interventions that include transportation (cable car), sanitation (water and sewage), services (electricity, phone lines), and accessibility (stairs), all of them built along the cleared space for the construction of the cable car.
(De las fundamentaciones del curador)