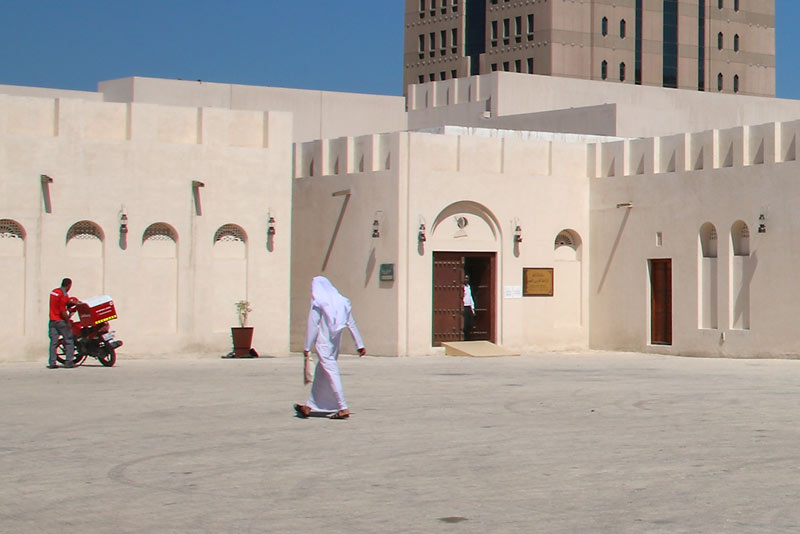 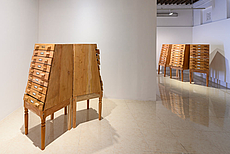 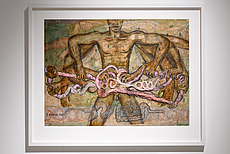 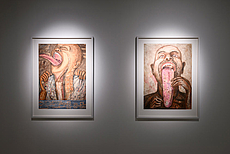 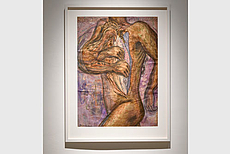 T. Shanaathanan's practice grapples with realities of displacement and a familial desire to piece together experiences born out of violent fragmentation, particularly through an examination of Sri Lanka's civil war (1978-2009). In his SB14 work, Drawers of War Transactions (2019), the artist investigates the role that documents play in forging relations between place, self and others. Although documents typically attest to one's identity and ownership of property, they can also become sites of negotiation, resistance and agency. During the civil war, people were ruled by terror perpetrated by local and foreign armed forces as well as the government and militants. Each entity issued documents—including identity cards, police registration certificates, birth certificates, land deeds, educational certificates and visas—that shaped life in the war zones.

The artist's SB14 work brings together a collection of nearly 80 documents in the form of testimonies and drawings inspired by their owners' memories. These documents are exhibited in wooden cabinets that recall a colonial cabinet of curiosities. This method of organisation and display explores how memories of everyday life in a war zone can be processed and communicated. The installation also includes eight paintings produced during the civil war that depict the human body at checkpoints. The paintings consider the body not only as an agent that animates such documents but also as a 'document' in itself, one that makes legible transactions of power and control. The installation references British methods employed to divide and control the majority Sinhalese and minority Tamil communities, who co-existed peacefully prior to colonial rule. During the civil war, the Sangha (Sinhala Buddhist monks) opposed sharing power and supported a military solution.

The artist's work also relates to that of SB14 artist Ampannee Satoh, who examines the instrumentalisation of violence by Buddhist monks against Thai-Muslims in Southern Thailand.