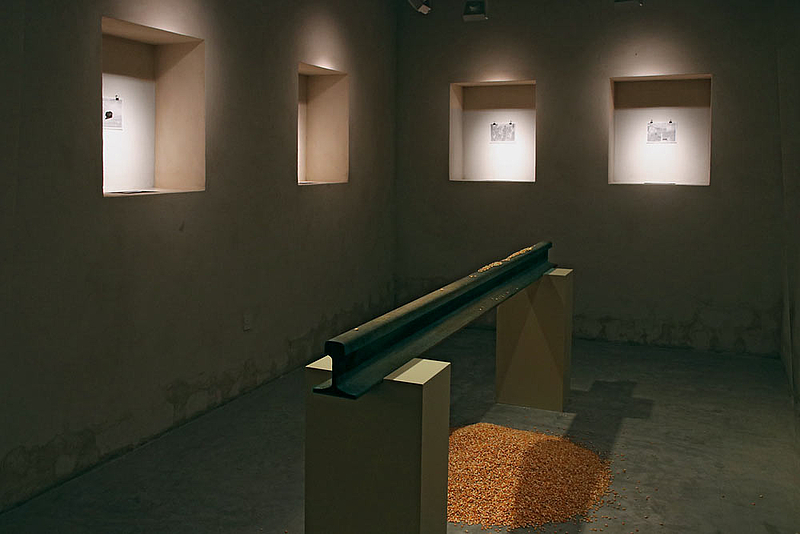 Anawana Haloba often investigates the social, economic, ideological and cultural conditions of post-independence and the rapid shifts in subjectivity brought on by globalisation. For SB14, Haloba explores China's presence in Africa and the impact on the lives of the general population in Zambia specifically. Drawn to recent media attention around China's 'inroads' into the developing world, she draws parallels between the current situation and China's Cold War era relations with the African continent.

Through the politics of solidarity or the 'friendship of economics', China helped to forge a common front to safeguard the sovereignty of a newly independent Africa with the construction of the TAZARA Railway. Built from 1968 to 1975, China's first and largest infrastructure project in Africa connected landlocked Zambia to the sea, freeing the country from dependency on Ian Smith's Rhodesia and South Africa's apartheid-era railways and ports. On the continent, TAZARA was seen as an anti-apartheid statement, a symbol of freedom and a gesture of resistance against forces of imperialism, colonialism and neo-colonialism.

A Dragon King in Sleepy Pride Rock (2019) is an installation based on Haloba's journeys along the TAZARA Railway. At aging stations and on trains, she recorded conversations with passengers about China's past and present role in Africa. She also recreated postcards and a map of the route from Kapiri Mposhi to Dar es Salaam, revisiting the liberation period of the 1960s and 1970s through song, drawing connections with the African Spring movement. The work critically examines China's contemporary presence in Africa to realise its Belt and Road Initiative, creating land and sea corridors linking Southeast Asia to Eastern Europe and Africa (affecting 71 countries).

Related to Haloba's project, Xu Zhen's work reflects on the concealed control of China's media and the impact such restriction has on its citizens' understanding of the world.