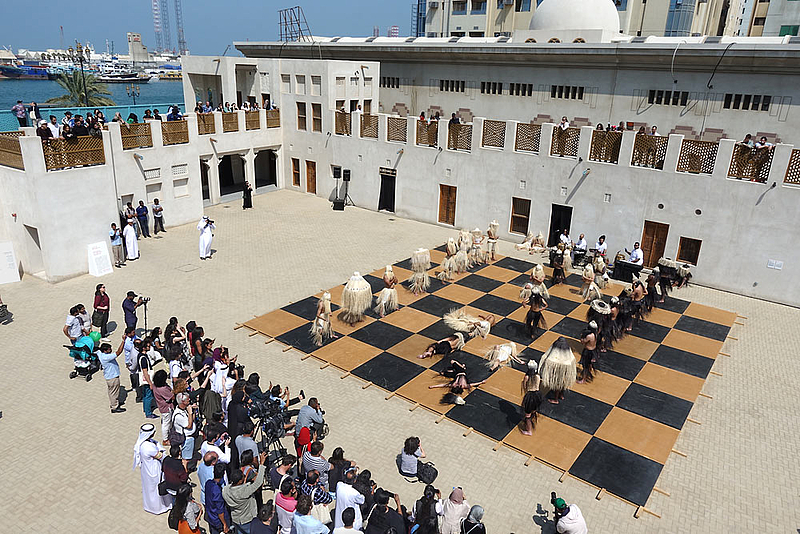 Ulrik López's drawings and sculptures draw on his research in archaeology, myth and ritual. In recent projects, the artist's work has focused on immaterial forms of art practice and knowledge (e.g. sound, orality and dance) that reference his own cultural heritage.

For SB14, López explores a 1921 chess game that was performed as a ballet before the inaugural event of the XVII World Chess Olympics in Havana, Cuba in 1966. Titled La Partida Viviente [The Living Match], the performance animated the game between Cuban player José Raúl Capablanca and German Emanuel Lasker in that year's World Championship. Capablanca became the first and only Latin American, and, more precisely, Caribbean player to win the title of World Champion.

Revisiting the ballet and encouraging reflection on the colonial imposition of a Western art form and worldview on the Caribbean, López's SB14 project, Pataki 1921 (2019), employs a sculptural approach to performance that is informed by the cultural syncretism spanning the Afro-Caribbean archipelago in dance, music, craft and spiritual traditions like Santeria or Regla de Ifá. López follows certain traditional practices of Santería in the performance, with dancers dressed in attire sculpted out of natural fibre of iraca palm, native to Central America and the Caribbean. Similar fibre costumes are traditionally worn by Yoruba practitioners in countries such as Nigeria and Benin, where Santeria originated and is still practised to this day. López presents the performance in the Bait Obaid Al Shamsi courtyard during SB14's opening days. Video documentation along with the chessboard and costumes that function as the remains of the performance will be presented throughout the biennial.