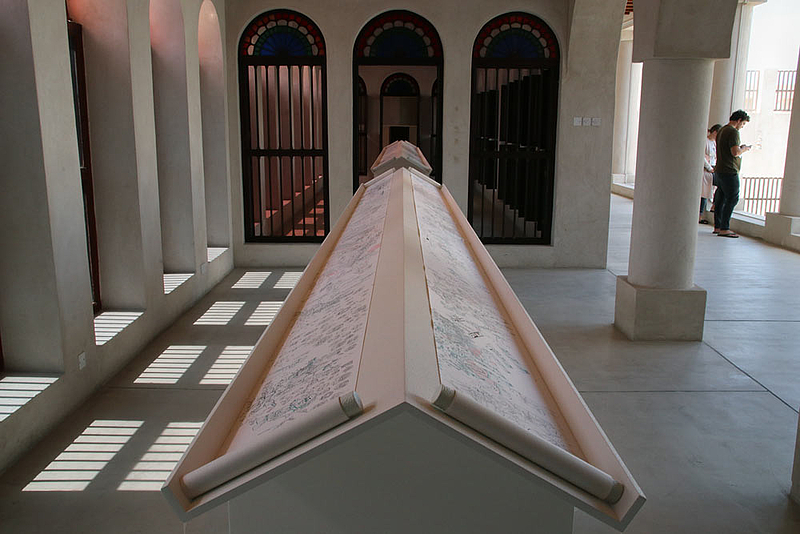 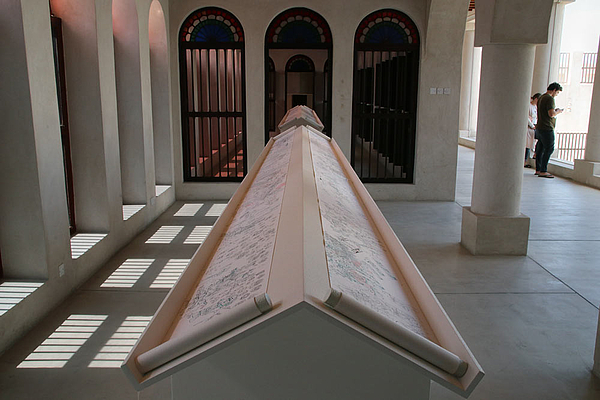 In his sculptures, videos and immersive installations, Jon Rafman explores the paradoxes of post-modernity. His work highlights the impact that hyper-accelerated late-capitalist existence has on the human psyche.

Created in collaboration with comic book artist Connor Willumsen, Jon Rafman's SB14 commission, the illustrated scroll Punctured Sky (2019), follows Penelope, a young woman held captive by a violent dog-worshipping organisation that is part American university fraternity and part 1970s-inspired death cult. The group forces Penelope, alongside its other captives, to participate in horrific hazing ceremonies. Pushed to desperation by these grotesque rituals, Penelope escapes and traverses a wasteland, ending up in a cyberpunk megalopolis. She begins a mysterious new job as a cartographer that sends her to the farthest reaches of the vast city. She soon questions whether she has exchanged one hell for another, as the endless urban sprawl turns out to be an inescapable ever-expanding living entity.

Rafman's video Legendary Reality (2017) is a sci-fi essay film that portrays the recollections of a solitary narrator imprisoned in his own mind. Using a nonlinear structure that weaves together dreams and memory, the artist creates a stream-of- consciousness meditation on art, identity and time that draws on the work of the singer- songwriter Leonard Cohen. The film intercuts digitally processed found photos and 3D landscapes sourced from video games.