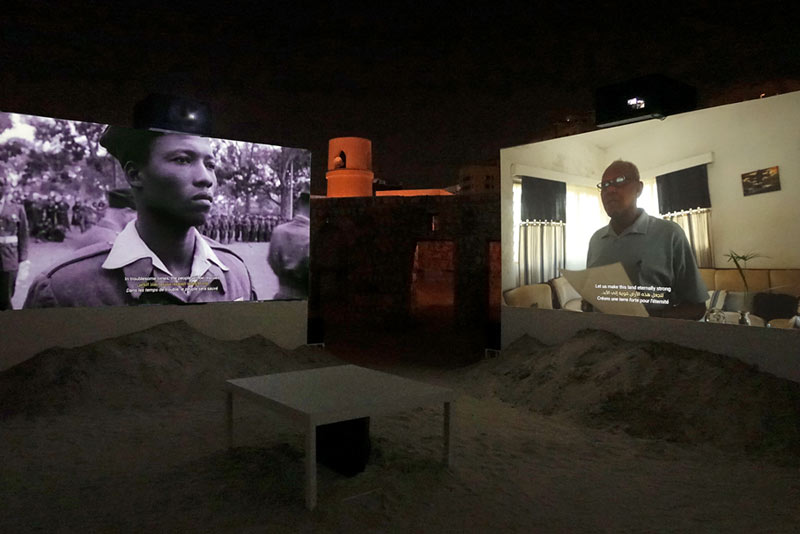 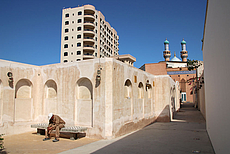 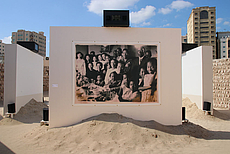 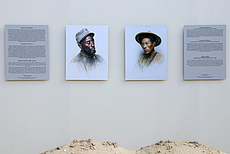 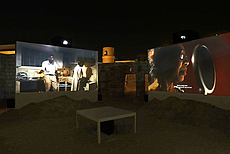 Tuấn Andrew Nguyễn’s work explores notions of estrangement that give way to imaginaries, which, in turn, cut through dominant accounts of independence movements, expatriation, and Western and non-Western colonialisms.

The Specter of Ancestors Becoming (2019) continues on from the echoes of French colonial subjects. Senegalese soldiers, or tirailleurs, were among the forces deployed to Indochina to combat the Vietnamese uprising against French rule. During the war and after the French defeat at Dien Bien Phu (when Frantz Fanon declared the beginning of the end of the French Empire), hundreds of Vietnamese women and their children migrated to West Africa with Senegalese husbands who had been stationed in Indochina. Many other soldiers left their wives and took only their children, while still others took mixed or Vietnamese children not their own and raised them in Senegal without connection to their origins.

Nguyễn was initially interested in accounts of tirailleurs sénégalais and indochinois fighting side by side during the two world wars and of tirailleurs sénégalais defecting to join Vietnamese revolutionary soldiers decades later. However, instead of stories of solidarity, he was confronted with the legacies of colonial prejudice, in which power plays across colour, class and faith complicated relations between native colonial subjects and their offspring. Nguyễn’s work is a collaboration with Vietnamese-Senegalese descendants who imagine scenes based on their desire to activate and reexamine their relationship to the past. Three writers in particular create imagined conversations with and between their parents or grandparents that highlight nuances in strategies of remembering. As narrators and actors, the voices of these descendants embody a historical conscience that challenges understandings of decolonising societies.