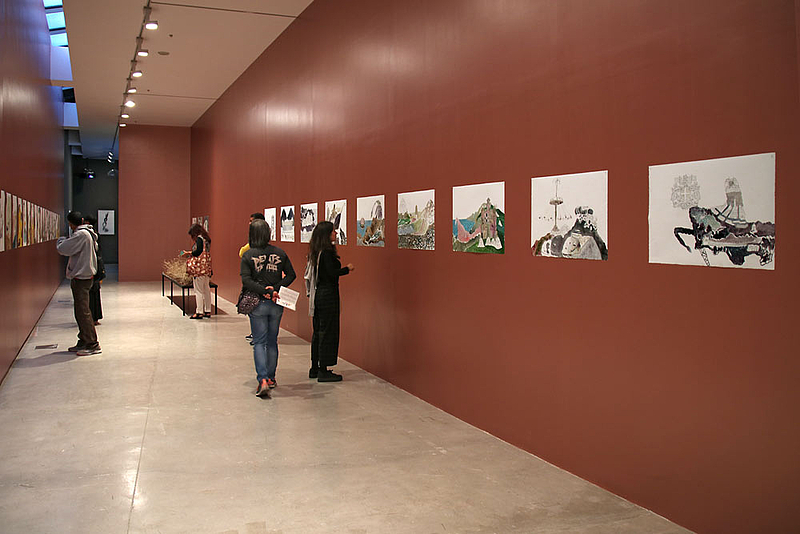 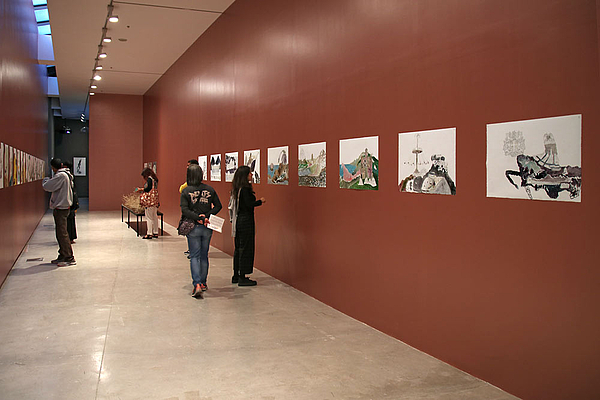 Wael Shawky's multifaceted practice and diverse artistic repertoire animate historical narratives, dramatising the process of writing history through careful study of stereotypes, myths and traditions. Through works of entertainment, he presents an analysis of events and historical accounts that introduce audiences to wide-ranging perspectives.

For SB14, Shawky draws on his longstanding engagement with the Arabian Gulf region, producing a newly commissioned installation and drawing series titled The Gulf Project Camp (2019). The project investigates the Arabian Peninsula and its modern history through the lenses of migration, trade, petropolitics, religion and tribal alliances. Based on primary source material, the work adopts the form of a storyboard that plots a spontaneous, fictional and surrealistic visual narrative. The Gulf Project Camp sheds light on specific regional and historical moments: the Utub migration; the establishment of the Emirate of Diriyah, the first Saudi state; and the rise of Wahhabism. The work also addresses the establishment of the American and British oil companies in the region and moments of social transformation and modernisation as well as the independence of the Gulf States and the 1979 siege of Mecca, led by Juhayman al-Otaybi. Historical treaties, conferences, speeches and experiences of war are rendered in the artwork through imagery and the use of various industrial materials, such as tarmac, graphite and metal dust.