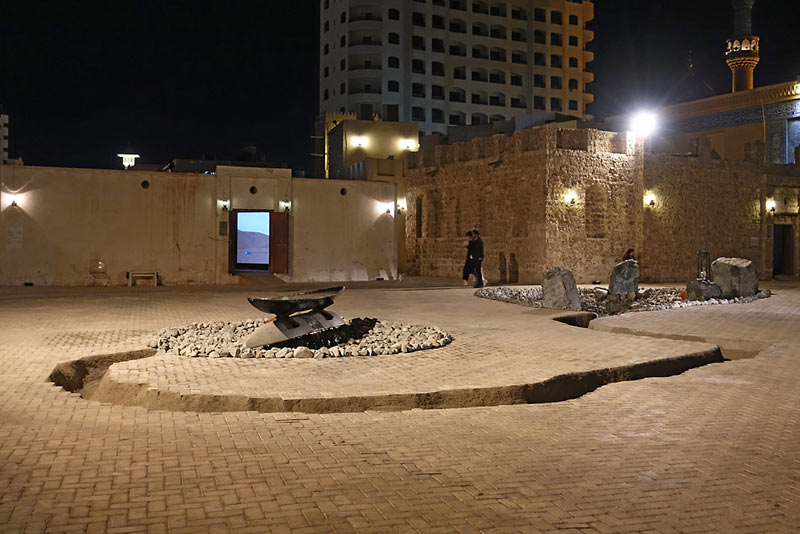 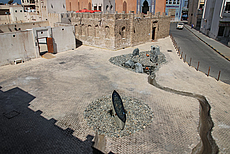 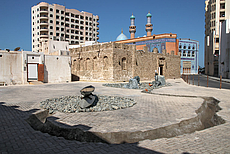 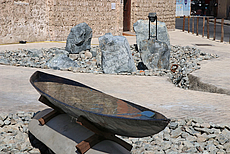 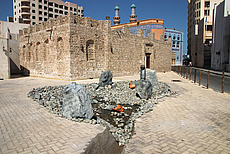 Examining ontological conflicts and their convergence with indigenous, environmental and social justice studies, Aline Baiana's SB14 installation draws parallels between the construction of hydropower plants in Brazil and Lebanon, both of which would endanger rivers and the areas of biodiversity they support. The Tajapos in Brazil is the only major tributary of the Amazon River yet to be dammed, a fate that would have severe social, environmental and cosmological impact. According to local communities, the river is protected by a serpent, and an enchanted city at the bottom of the river is a place where people who can engerar [transform] meet enchanted beings. Similarly, the Abraham River in Lebanon runs through the Adonis Valley, named after the murdered Phoenician deity. According to myth, the river turns red once a year with Adonis' blood, a transformation explained by the rich mountain soil carried by winter rains. Specialists warn that damming the river raises the risk of earthquakes and endangers aquifers that feed Beirut's water source.

The installation engages with the nature and knowledge of the two locales. In Alliance for a sunny world or the Rainbow Serpent flows in free rivers (2019), two canoes overflow with water, creating ideal conditions for glimpsing a reflection of the enchanted serpent while listening to statements from the Tajapos community. In Jannah Dam or The second murder of Adonis (2019) a pond features elements from the Adonis Valley, including a fern and rocks engraved with residents' thoughts on harm caused by the dam construction, Roman mythologies and the names of indigenous flora. A falaj channel, a traditional Emirati irrigation system that uses gravity to distribute water, connects the two rivers in Baiana's work.

Baiana is grateful for support from local communities in Brazil and Lebanon and the Association for the Protection of Jabal Moussa, who shared their perspectives and their wor(l)ds.