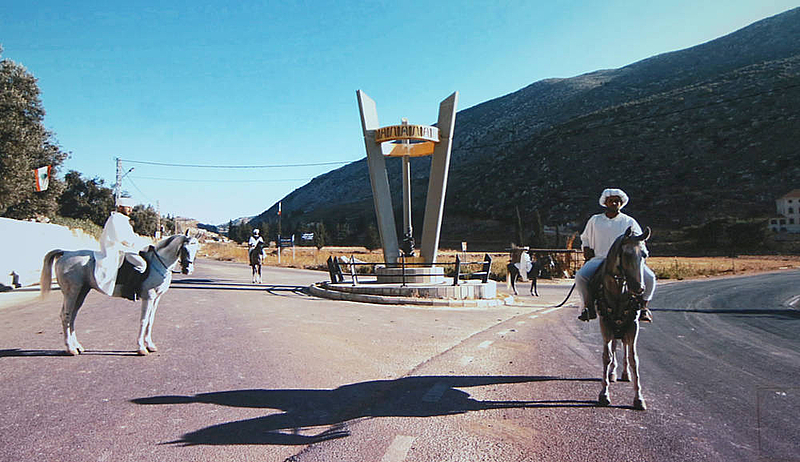 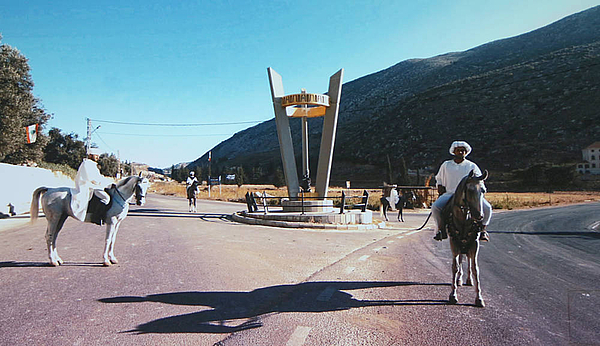 The work weaves a complex and unlikely union of illusion and myth between three worlds of which the artist is concurrently a part: cinema, magic and the changing landscape of southern Lebanon.