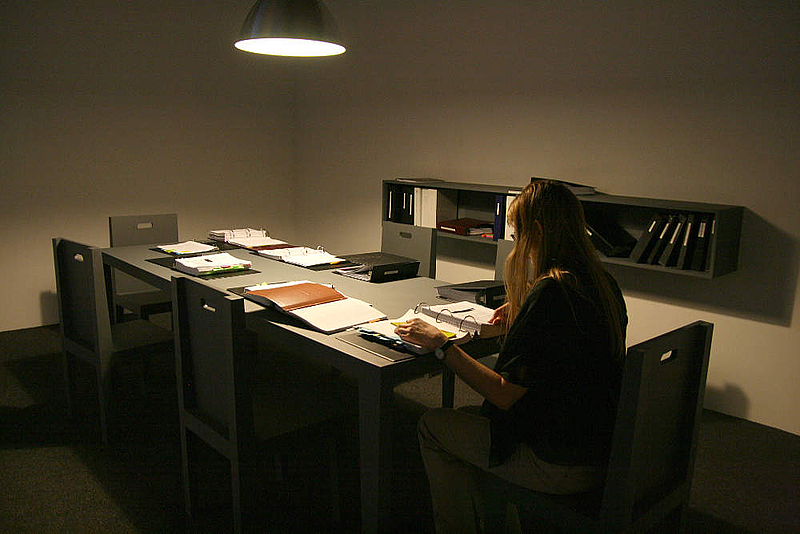 For the project Mariam Ghani hired Afghan-Americans who had previously worked as translators for the US military in Afghanistan, translating documents related to US military prisons there. The idea behind these encounters was to test whether these individuals would be able to maintain the neutrality of a ‘simultaneous translator’ when confronted with the material of their own histories and to see how their work registered in and reacted to gaps in the records. “The fidelity of translation is always a slippery slope. In situations where words have weight and consequences, is the translator responsible to render the spirit or the letter of the original? Does the act of translation, like the presence of an observer or a recording device, preclude or occlude, transform or make impossible the act of bearing witness?” Mariam Ghani