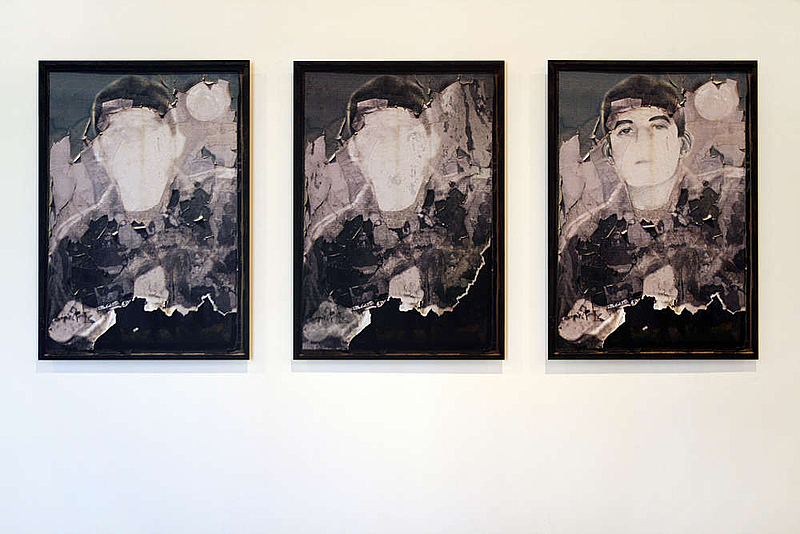 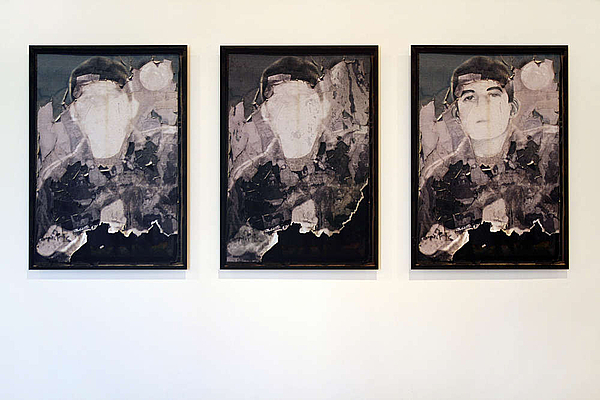 The project reflects Beirut in which people are constantly observed by images of the dead. Since the beginning of the civil wars, portraits have covered the walls of the city. They are images of men belonging to different political parties and religions, all of whom died tragically, either fighting or on mission, or political figures who were murdered. In essence, these people are considered to be ‘martyrs.’

Over the years Hadjithomas and Joreige have been photographing these posters, choosing to capture images that have been deeply altered by the passing of time – many are faded, worn out and unrecognisable. In some cases the artists took a series of photographs of the same portrait at various stages of its degradation. They also worked with a graphic designer and a draftsman to touch up the features on a few of the portraits, or to accentuate traces of the faces which are still visible.

The project raises fundamental questions about the status of the portraits that feature in the streets of Beirut. Can images of the once living ever be restored? Are these images archives? The project also highlights a contradictory element in how these martyrs are remembered: on the one hand to mourn their passing and on the other to preserve their physical presence. The artists reflect on these images to investigate the processes of visual preservation as a metaphor for the processes of memory itself.