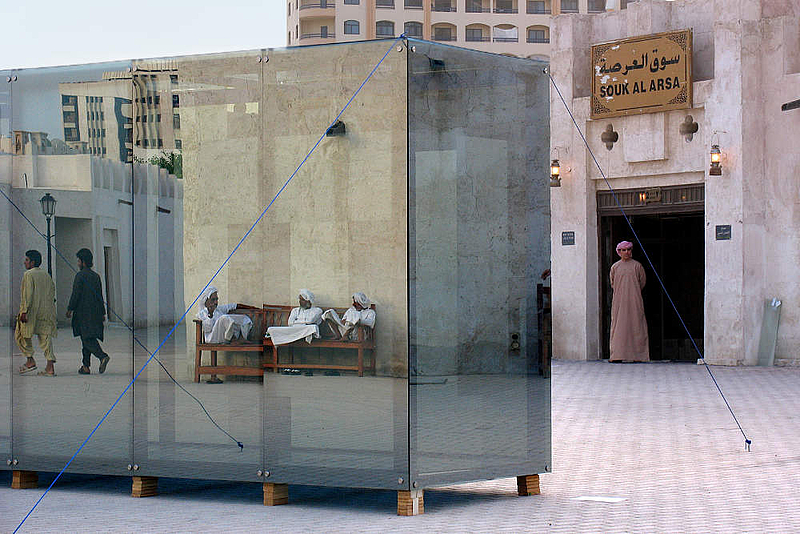 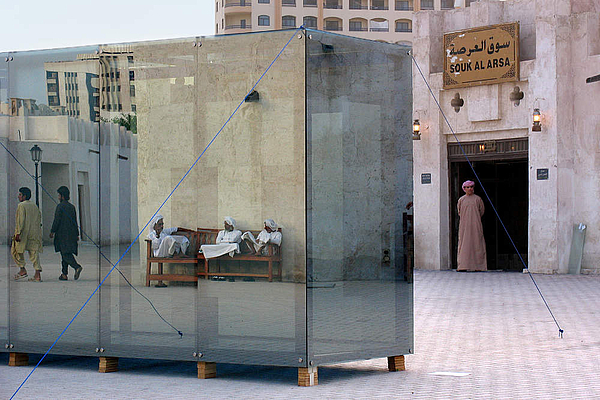 In November 2006, as I was flying back from Dubai to Frankfurt, images appeared in my mind: buildings, grid structures, high-reflecting glass, in blue and green everywhere. I remembered a big billboard with an advertisement; the 3- dimensional billboard becomes a building in itself – a big photograph of a landscape, mountains, a street, all mounted on that billboard.

In December 2006, I saw the 3-dimensional billboard in Dubai again: an advertisement for Dubai Properties and Porsche Towers. Inspired by the billboard, I decided to install a glass building, 800 cm wide, 250 cm high and 150 cm deep, made of high-reflecting blue glass; the installation will be at a crossroads in the Heritage area of Sharjah. Only a part of the building will be transparent, the letters reading: MIRAGE 07. The crossroads where people usually walk will be blocked by this alien, reflecting-glass building.