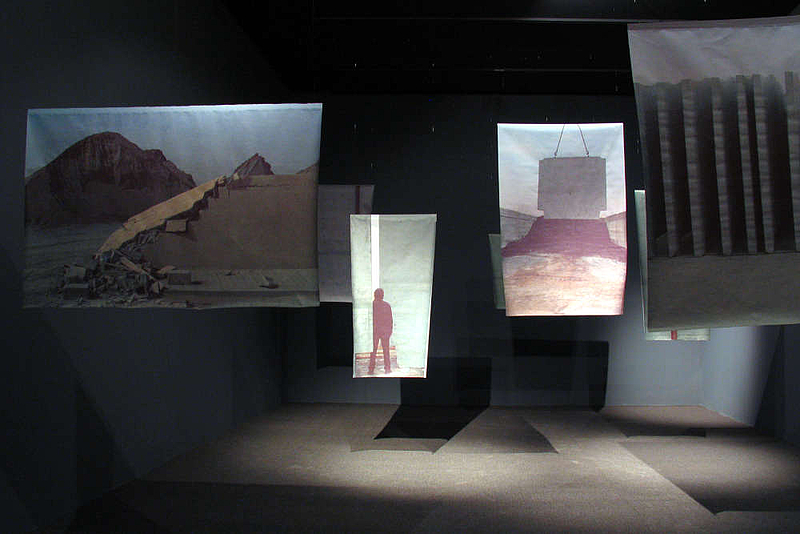 The artist about his work and 'Belonging'

The ongoing construction of the ‘wall’ in Palestine continues to cause worldwide outrage. I found myself reacting in a similar fashion. This was one of the reasons for exploring the issues inherent in this body of work. The barrier has inspired all sorts of political, social, and artistic commentary. Frequently the reactions focus on the profound threats to the continued survival of many Palestinian communities. In addition to establishing a strong physical boundary, the 'defense barrier' has resulted in yet another 'wall', namely, one that impedes progress towards a peaceful solution.

This recent body of work is concerned with barriers, land, longing, and, ultimately, belonging. It results from earlier work that addressed how Palestinians have been represented and, in some cases, misrepresented in various media. It is a continuation of the themes I have been exploring for the past few years.

During the process that led me to these images, it became increasingly clear to me how barriers, land, longing, and belonging inform and define each other. The term 'identity' is highly contested and can be taken to mean many things depending on the context. Nevertheless, there has been widespread agreement that significant aspects of identity are related to a particular place; hence, national identity results from connections to an individual's country of origin. As I attempt to come to terms with the issues related to my personal experience as a Palestinian Kuwaiti who has never lived in Palestine, it has become apparent that this current body of work seeks to transcend the obvious reference to the barrier being constructed there. The ‘walls' and ‘mounds’ that appear in my work also speak of my own individual struggles irrespective of the conventional notions of national identity.

© Tarek Al-Ghoussein. Published in the catalogue of Sharjah Biennial 7, 2005.