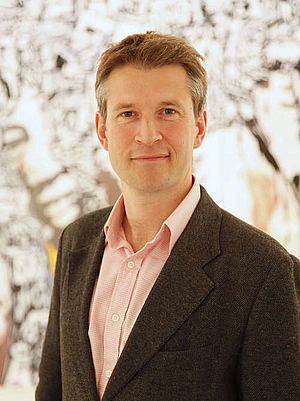 Nigel Hurst is an Exhibitions Director at IMG. He is former chief executive of the Saatchi Gallery in London and director of contemporary arts of The Box museum in Plymouth (where he is still a consultant). In 2019 he co-founded the online contemporary art platform Art Gazette. He graduated from Goldsmiths, University of London in 1986 and since then has conceived and curated numerous international exhibitions and initiatives that support emerging as well as more established artists.

He joined the Saatchi Gallery as a curator in 1995, working on Sensation at the Royal Academy of Arts, London, the National Galerie at the Hamburger Bahnhof, Berlin and the Brooklyn Museum of Art in New York. A series of exhibitions focusing on greater Asian contemporary art including The Revolution Continues: New Art from China (2008), Unveiled: New Art from the Middle East (2009), The Empire Strikes Back: Indian Art Today (2010), The Silk Road in collaboration with the City of Lille, France (2011), Korean Eye (2012), Hong Kong Eye (2013), Premonition: Ukrainian Art Now (2014), Post Pop: East Meets West (2015). Other exhibitions include USA Today at the Royal Academy of Arts (2007), From Selfie to Self-Expression at the Saatchi Gallery (2017) and most recently Making It and the opening programme at The Box, Plymouth (2020).

The Box forms the largest arts centre in the south-west of England and opened its doors to the public in September 2020. It is a National Portfolio Organisation and Major Partnership Museum, which receives major Arts Council England, Plymouth City Council and Heritage Lottery Fund investment.

As part of The Box’s opening programme, Nigel Hurst acquired, commissioned and curated important works and installations by artists including Leonor Antunes, Alexandre da Cunha, Antony Gormley, Eva Grubinger and Kehinde Wiley for both The Box collection and the public realm in the City of Plymouth. 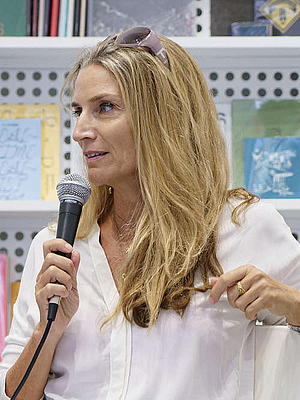 Loredana Pazzini-Paracciani is an independent scholar and curator of Southeast Asian contemporary art. Her research and curatorial practice revolve around critical socio-political issues in Southeast Asia, advocating a counter-hegemonic and non-Western-centric discourse. She received a Master’s in Asian Art Histories from LASALLE-Goldsmiths University, Singapore, and a Master’s in Contemporary Art and Art Theories from the School of Oriental and African Studies, London, UK. She has published in several exhibition catalogs and academic journals such as Photographies, Routledge and University of Westminster, UK; Frames Cinema Journal, University of St Andrews, UK; Convocarte: Revista de Ciências da Arte, Lisbon University, Portugal; and M.A.tter Unbound, LASALLE College of the Arts, Singapore, among others.

Loredana Pazzini-Paracciani is a member of the Association for Southeast Asian Studies in UK, and Research Network for Transcultural Practices in the Arts and Humanities, Free University Berlin. Together with Patrick D. Flores, she co-edited the anthology Interlaced Journeys: Diaspora and the Contemporary in Southeast Asian Art, published in 2020 by Osage Art Foundation, Hong Kong. In addition to several exhibitions for commercial galleries in US, UK, and Southeast Asia, she has curated notable museum exhibitions such as Homecoming/Eventually (UP Vargas Museum, Manila, Philippines, 2021); Diaspora: Exit, Exile, Exodus of Southeast Asia (MAIIAM Contemporary Art Museum, Thailand, 2019); and Architectural Landscapes: SEA in the Forefront for InToAsia: Time Based Art Festival 2015 (Queens Museum, New York, 2015). 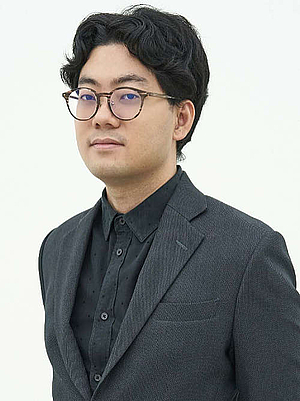 Jirat Ratthawongjirakul is the current director of Gallery VER and is one of the establishers of N22 art district, Bangkok. His career path in art and cultural management began with his first position as project coordinator at The Jim Thompson Art Center in 2010. He left the Center in 2011 to further his career and skills at an art handler company Supernormal Studio as a project manager. In September 2011, he started his career as gallery manager at Gallery VER, a contemporary art gallery founded in 2006 by a collective of artists including Rirkrit Tiravanija, Patara Chanruechachai, among others. Jirat Ratthawongjrakul was promoted to gallery director in 2016, the same time where Gallery VER flourished and found its new home at Soi Narathiwas 22. With collaboration among the peers of the Bangkok art scene, he finally established N22 art district in an edgy warehouse compound, where he aims to build a contemporary art community where artists and curators, both local and international, can exchange ideas, build networks, start new projects, and host events. Gallery VER serves as a platform for both established and emerging artists to exhibit their artworks. N22, on the other hand, is now growing in size, with a variety of cultural activities including art exhibitions, talks, film screenings, residency programs, and etc. Through Gallery VER and its artistic neighbours, the area has become one of the most well-known hub for art and culture that connects the art scene in Thailand. 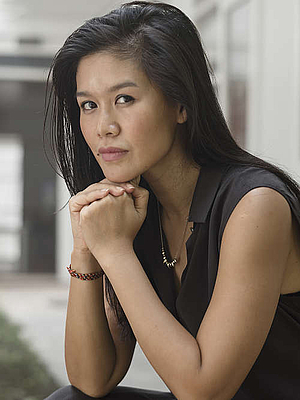 Chomwan Weeraworawit has been working with artists and filmmakers in various capacities over the last 15 years. With a legal background and a PhD from King’s College London with a focus on intellectual property, she uses the critical legal basis of her training to work in a collaborative way with artists. In 2010 she founded Mysterious Ordinary, a creative studio and consultancy as a vehicle to create and produce projects with artists, filmmakers, architects, and designers. Film on the Rocks Yao Noi, a multi-disciplinary film festival that she co-founded in 2012 which was curated by Apichatpong Weerasethakul and Tilda Swinton, brought together various disciplines and communities through experiences, this approach is very much core to her work. Since then, she has collaborated with artists from Rirkrit Tiravanija on fundraising for The Land Foundation to Korakrit Arunanondchai on the inaugural edition of GHOST. In 2018-2019 as the VP of Brand Creative at The Standard hotels she continued to work with artists around the world, a notable project was Dead Collectors by Elmgreen and Dragset at The Standard Miami not to mention other activations. Informed by her PhD research she co-founded the brand Philip Huang with her husband and collaborates with the artisans in Northeast Thailand to explore how traditional knowledge can be protected and evolved for the future through design, film and art. For the previous Bangkok Art Biennale, she moderated some discussions and joined Prof. Dr. Apinan Poshyananda in the first BAB Walk video series. The diversity of her background and experience has a through-line which is the bringing together of diverse communities and creating alternative platforms for contemporary art to thrive beyond the institutional framework.