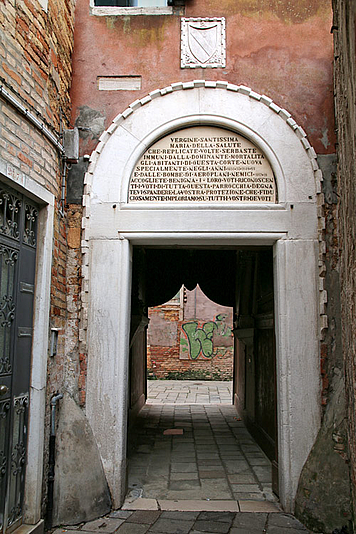 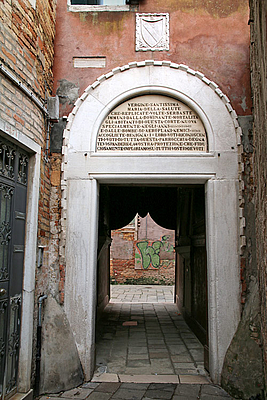 Entrance from Calle Zorzi to the underpass constructed in the 16th-century, restored in 2016.

The Sotoportego di Corte Nova served as a chapel for prayers of salvation from the 1630 plague which killed over 50,000 Venetians. The legend says that a girl named Giovanna urged the neighbours to keep their faith, and placed images of the Virgin together with San Rocco, San Sebastiano and San Lorenzo (protectors against epidemics). The residents of the area were spared from the plague. It is also said that during WWI, the neighbours of the sotoportego again invoked the intercession of the Virgin, and were spared from enemy bombing.

In memory of these miracles, a slab of red marble from Verona was embedded into the sotoportego's floor.

Map of this tour